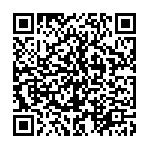 The program "Entrepreneurs for Social Change" designed by Fondazione CRT and the United Nations Alliance of Civilizations aims at training 20 young people from the Euro - Med area who are capable of building bridges using dialogue and employment. Record number of applications received: over 1,200.

Aged between 22 and 35 years old, they are aspiring social entrepreneurs who have been selected from over 1,200 applications from the 26 countries that border the shores of the Mediterranean. The 20 young people (10 females, 10 males) found themselves in Turin for a week, from the 18th -25th October, to participate in the international project Entrepreneurs for Social Change, created by Fondazione CRT and the United Nations Alliance of Civilizations (UNAoC), in collaboration with the Italian Ministry of Foreign Affairs and with the support of the Secretary General of the United Nations.
The objective is to ‘train’ young social entrepreneurs from the Euro-Med area, as they create new employment opportunities through their work and promote non-violent social change in a region marked by great challenges: high rates of youth unemployment (30.5% in North Africa, 28.2% in the Middle East, 16.6% in the EU, data from the International Labour Organization, April 2015), migration emergency (over 593,000 arrived in Europe in 2015, International Data Organization for Migration), political and social tension resulted, in many cases, in radicalization, violent extremism, and conflicts.

We want to empower a new generation of young people, because they are able to build 'bridges' in their local communities and throughout the Mediterranean area. We help them to transform their ideas into social enterprises, and this, not only to create jobs, especially among young people and women, but also to promote dialogue, understanding, mutual respect that goes beyond social, economic and cultural divisions

The participants of E4SC are: Sara from Palestine, Ehud from Israel, Shorouk from Syria, Noura and Hany from Egypt, Ahmed from Tunisia, Soumeya and Meriem from Algeria, Oussama and Youness from Marocco, Dunja from Serbia, Rosica from Macedonia, Emanuela from Albania, Régis and Guillaume from Francia, Hugo from Portugal, Nina from Spain, and Nicola, Salvatore and Valentina from Italy.
Their innovative ideas, designed to have a positive social impact and to improve intercultural dialogue in the Mediterranean, range from an app launched by an Algerian to facilitate communication for deaf people, a web platform proposed by an Italian to combat the phenomenon of illegal hiring in farmland. And more: from the production of environmentally friendly toys for children commissioned by a young Palestinian who aims to empower women, to a security device created by a 26 year old Tunisian for vehicles involved in road accidents, to an urban farm called "Green Zone "initiated by an Egyptian farmer.

For the 20 young people selected, the program Entrepreneurs for Social Change provides a week of intensive training with 10 international experts. Training sessions will cover various areas: from building business models to fundraising, with a focus on key issues such as overcoming intercultural barriers, the involvement of local communities, and development of the territory.
After the training, each social entrepreneur will be supported by a mentor for 9 months, an incubation period during which their business idea can grow: in the mentoring sessions, both individual and group, participants will develop and strengthen their business idea, and will be helped in the most delicate stages such as the identification of potential investors, the consolidation of the business plan and the assessment of social impact.