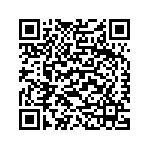 A tour of Milan, where active citizenship and social innovation are powering an urban revolution

Milan is a city dotted with courtyards. You discover the essence of the city by catching a glimpse of the courtyards. Once you pass the gates of private buildings, unexpected worlds await you. These hidden places are at the core of a diverse urban network, representing a new energy that has been fuelling the local communities’ growing participation in city life over the past few years. Proof of the Milanese people’s proactive attitude can be seen in last year’s data on volunteer work, which showed a 211 per cent increase since 2001. Active citizenship is continuing to spread, changing people’s approach to the city and redesigning relationships between the different neighbourhoods.

Via Maiocchi, via Morgagni and via Ponzio are part of this new social wave. Following similar experiments in Bologna, these streets’ inhabitants have started to use social networks to get together and share tools, resources and skills, all the while creating new connections and strengthening bonds within the community. There are already 30 “social streets” here in Milan, where, thanks to Facebook, neighbours who were once strangers have come together in real life. They meet over lunch and dinner, have swap parties and help each other in times of need.

“I wanted to get to know the people around me better,” says Lucia Maroni, one of the founders of the social street in Via Maiocchi. “Activating a social street is about making small changes, but we believe that these kinds of initiatives can bring a greater impact, encouraging more communities to fight the highly individualistic approach in our cities and help build collaboration and a stronger sense of belonging.”

Milan is Italy’s economic capital and was the symbol of the country’s economic boom back in the 1960s. Some 50 years have passed since the inauguration of the first “red” subway train – as locals call the M1 – and today the city is still defining its contemporary identity.

Being able to combine a diverse range of productive fields, this city has always managed to renew itself, succeeding in weathering the crisis, with an employment rate of 65 per cent – 10 per cent higher than the rest of the country.

Around 470 startups were launched in the city in 2014, among them a great many new social enterprises. This reflects a national trend, with Italy registering a 28 per cent increase in the third sector since 2003, showing that social business can be a strong weapon against the economic crisis and an effective tool for resilience.

Milan has shown a strong grasp of the potential offered by the third sector. In an effort to revitalise Quarto Oggiaro, one of the city’s most difficult areas, the city administration launched FabriQ, a social innovation business incubator, supporting the growth of new social startups.

After all, Milan has been able to blend its financial soul, represented by the stock market, with a very strong social purpose, for years.

La Cordata is one of the social enterprises with the longest and most successful histories in Milan. Following a social housing model, La Cordata opened the first hostel dedicated to students at the end of the 1980s, when the Yuppie era was coming to a close.

“We have always aimed to bring together different people from all walks of life, to connect them and have them understand the value of diversity,” says Silvia Bartellini, President of La Cordata, which has grown over the years into a more extended and structured social housing initiative, employing 80 people. In the neighbourhood of Barona, La Cordata brings together all kinds of people. Students, teachers, the elderly, underage foreigners and single mothers all share spaces and life experiences, and, through support from local educators, they are empowered to play an active role in their social context, where welfare workers do not have daily access.

“Right now, the real challenge for us is to understand exactly how the sharing economy is redesigning the welfare logic,” says Bartellini, “and how citizens can really be the protagonists of the solutions to their lives’ problems.”

La Cordata is not alone in reshaping social dynamics through living spaces. Some of the most interesting ideas developed by young Milanese entrepreneurs are in the sectors of hospitality and social empowerment.

Ostello Bello opened in 2011, on the initiative of a group of 30 somethings who wanted to change their lives by creating a special place in Milan, adopting a sustainable and social approach. They opened a youth hostel, which is also a restaurant and a pub. Ostello Bello has literally redesigned the social dynamics of a portion of the city centre, bringing together people from all over the world. This lively cultural and social hub has been nominated as one the best hostels in Europe. Following the experiences of La Cordata and Ostello Bello, in 2013 Asli Haddas decided to change her life and follow her dream. Born and raised in Milan, to an Eritrean mother and an Ethiopian-Italian father, her corporate job had been threatened by the economic recession. With support from a microcredit programme, she opened Gogol’Ostello, which has now become a successful hostel and literary cafe in the northern part of the city.

Like Haddas, many young Italians in Milan have decided to find their own solution to the financial crisis and the difficult job market, launching entrepreneurial initiatives.

Valeria, Davide, Alessia and Matteo, all in their early thirties, have succeeded in turning their passion for design, carpentry and sustainability into jobs They are partners in Controprogetto, a studio that builds design furniture from waste materials, organising co-creation workshops for their clients, who get to play an active role in building their own furniture. Among its many projects, Controprogetto has designed unique interiors for Impact Hub Milan, the co-working space dedicated to social innovation. Established in Via Paolo Sarpi, the city’s “Chinatown” in 2010, Impact Hub was the first co-working space to be opened in the city. There has been a boom in such initiatives over the past 5 years, with a co-working space now open in almost every neighbourhood, and the city administration allocating vouchers for students and young freelancers who want to use them.

Co-working spaces represent a meeting point between innovation, new economic opportunities, networking and, most of all, social impact. Piano C is one the most ambitious co-working initiatives in town. Founded by five women, it offers an office space and a co-babysitting service, in order to promote work-family balance and help women go back to work after maternity leave.

The boom in co-working spaces reflects a city that is dynamically changing to answer the new economic and social needs of its citizens.

The use of public spaces shows a desire to treasure the past, while adapting to the present. More than 300 public spaces have been given a new look over the past few years. Today, old abandoned farmhouses, factories and industrial sites have been converted into innovative recreational spaces, such as the Cascina Triulza, an ancient farmhouse which has been renovated for Expo Milano 2015 and houses the Civil Society Pavilion, which will bring together social enterprises and NGOs, representative of the Italian third sector. Another example is the former Ansaldo factory, spread over 70,000 square metres, which is now being turned into an attractive international cultural hub.

“A public space that is left empty and unused is a space that is taken away from the city,” says Mayor Giuliano Pisapia. “In 2012, we introduced new rules to assign spaces to revive the city. I am proud of what we have done so far together with the citizens, such as being able to give new life to properties confiscated from the mafia. There is still a lot to do, but we are taking the right direction.”

Driving this trend are citizens, social entrepreneurs, innovators and neighbours, all of them working relentlessly to make this city more liveable, sustainable and social, opening up the future to a wide range of scenarios. Perhaps it is precisely this that defines Milan today: a city dedicated to being unique in its diversity.