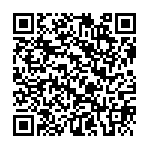 One year since the entry into office of the current European Commission headed by Jean-Claude Juncker, environmental groups have criticised the EU executive for a paralysis in policymaking on issues related to the environment

CEE Bankwatch Network, Climate Action Network Europe, European Environmental Bureau, Friends of the Earth Europe, Greenpeace, and the Health & Environment Alliance said that this had been “a lost year” for environmental protection.

According to them “The dieselgate scandal shows that a lax approach to environmental protection comes at a high cost to our health, the economy and the environment we depend on. The Commission’s first vice-president, Frans Timmermans, has sustainable development in his job title, but this has not manifested itself in concrete policy action.

This has largely been a lost year for environmental protection. Without a radical change of course, the corporate capture of EU policy-making will lead to more scandals like dieselgate and more irreversible damage.

The Commission claims that its 2016 work programme – released last week – responds to citizens’ concerns. For these words to be translated into action, there needs to be a significant shift in priorities in the new year towards sustainable development, with benefits for the environment, health, employment and prosperity, warned the environmental groups.

Detailing the policy areas in which the Commission’s stance has been particularly disappointing the groups pointed to:

- Despite the growing momentum around the Paris climate change summit and the over 120 countries joining the European Union in making climate action pledges, the Commission has failed to develop proposals to ratchet up the EU’s 2030 targets. The target to cut carbon emissions is below the EU’s fair share of the global effort to tackle climate change, while renewable energy and energy efficiency targets remain woefully weak. The Commission has instead proposed a reform of the Emissions Trading Scheme which does not resolve the chronic oversupply of emission credits that drives down the carbon price. At the same time, the Commission has not ensured that thefinancial tools at its disposal, namely the European Investment Bank, the Juncker investment plan and the EU's regional development funds, will steer billions of euros in taxpayer money towards helping Europe meet its long-term goal of a clean energy economy.

- The Commission has come under fire from civil society and European governments for threatening to weaken nature protection legislation. On Tuesday, nine governments called on the Commission to protect EU nature laws and improve their implementation. In July this year, an unprecedented half a million citizens and organisations responded to a Commission consultation on the future of European nature protection. All the evidence suggests the answer to Europe's shocking biodiversity loss is making sure these laws are better implemented – not undermined.

- The Commission’s secretive trade talks with the US have so far side-lined environmental concerns. Negotiations for a transatlantic trade agreement (known as TTIP) have focussed on granting privileges to big business at the expense of environmental, health and social rights protection.

Despite the severity of the air pollution problem, which kills more than 400,000 people in Europe every year, the Commission has defended a weak proposal on air quality which would still result in unnecessary premature deaths of European citizens and a huge additional health burden.

- President Juncker’s commitment to improve democratic accountability in the approvals of GM food and feed has proved to be an empty promise. Instead of taking action to reform the EU’s approval system, the Commission tabled a proposal so unworkable that it was rejected by the European Parliament. The Commission wants EU member states to decide individually about GM crops, exposing them to legal challenges.

- One of the Commission’s first acts at the end of 2014 was to controversially withdraw its circular economy package, which included targets to reduce waste and improve recycling. A new circular economy proposal is due to be released in December 2015. This has been a year of unnecessary delay. Industry lobbyists have been pressing the Commission to water down any binding measures. True 'ambition' means not only dealing seriously with waste and recycling, but also taking concrete steps to address the fundamental problem of resource overconsumption in the EU.

- The European system to phase out highly toxic chemicals from industrial processes and consumer products has been painfully slow. The Commission has come under fire from its own chemicals agency and EU member states for failing to speed up the process. Under pressure from the United States to water down EU restrictions on chemicals for TTIP, the Commission has also been strongly criticised for blocking long overdue legislation to ban endocrine disrupting chemicals (EDCs). These chemicals can interfere with people’s hormones, and are linked to serious health impacts, such as hormone-related cancers, fertility problems, diabetes and obesity as well as behavioural problems in children. Exposure also disrupts the hormonal systems of species of wildlife.

- Overall, we see the Commission pursuing more and more dangerous deregulation. Its so-called 'better regulation' agenda seeks to reduce regulation for industry at the expense of protection for citizens. Essential social, labour, environmental, consumer, financial regulation and public health standards are all under threat of being weakened, delayed or scrapped and subordinated to corporate interests.

- European economic policy was described at the UN sustainable development goals summit as "Cappuccino policy": a lot of coffee (economic dimension), if things get better some milk (the social dimension), and if they get even better some chocolate (the environmental dimension). This sort policy cannot bring Europe out of the crisis, but will instead worsen it as more inequalities are created and more natural resources are destroyed.

- Transparency International reviewed the number of high level meetings obtained by lobbyists in the Commission: 75 per cent of meetings were with business representatives. Business Europe came top, followed by Google and General Electric. European policymaking is shaped by this unbalanced influence at the expense of European citizens.