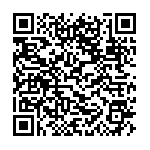 At its June plenary, the European Economic and Social Committee (EESC) hosted a debate on the recovery of the European economy following the crisis brought about by the coronavirus pandemic, stressing that the focus must now be on implementing the European Commission's plan

Solidarity and cooperation in the EU are central to jump-starting the economy after the COVID-19 pandemic. Speaking at the June plenary session, Luca Jahier, president of the EESC, and Elisa Ferreira, European Commissioner for Cohesion and Reforms, agreed that the role of cohesion policy in the Commission's European recovery plan and in the revised and more ambitious Multiannual Financial Framework proposal was key and that it was now important to speed up their adoption and implementation.

Mr Jahier stressed that the EESC supported this quite unprecedented and comprehensive plan, the Next Generation EU package, as it sent a clear and long-awaited political signal that Europe was there and that no one would be left alone in the crisis and its aftermath. The plan also corresponds to the EESC's call for the EU to do whatever it takes to get out of this crisis, stressing that we can only successfully address this challenge if we stay and act together as a community of common destiny. The EESC has always insisted on solidarity, cohesion and sustainability as the driving concepts behind any EU-led recovery, and we are happy to find them all in the plan proposed by the Commission. Now that the decisions have been taken, we need to work on implementation, because those who need the financial help to restart need it as quickly as possible, said the EESC president.

For her part, Ms Ferreira welcomed the strong backing from the EESC and said: Now more than ever we need solidarity and cooperation. The pandemic has reminded us that we must work together to respond to the immediate crisis, repair the economy and promote long-term recovery. Cohesion policy will play a key role, and will provide the first wave of support. On 27 May, the Commission proposed the most comprehensive and ambitious recovery plan that the European Union has ever seen. Next Generation EU will mobilise EUR 750 billion of investment. Cohesion policy itself will benefit from an extra EUR 55 billion of fresh money under the REACT-EU initiative and the new Just Transition Fund, which will be multiplied by five, going from EUR 7.5 billion to EUR 40 billion.

Emphasising that the Commission's plan for recovery required the support and mobilisation of all actors and institutions for its implementation, Ms Ferreira added: Today, I want to sound a call to action. First, a call to action for cohesion, which is in the DNA of the Commission's new proposals. Our policy is already at the forefront of Europe's response to the crisis. Second, a call to action for economic and social partners, and civil society. And by this I mean action for the partners, and action with the partners. Our job is not done. Our job is only beginning. We have the tools, now is the time for action. Action to ensure that repair and recovery get a level playing field.

More specifically, Mr Jahier was pleased to note that, in the Commission's plan, cohesion and convergence were placed in the forefront by addressing the territorial disparities and social inequalities which had either been exposed or exacerbated by the crisis. He went on to point out that the new REACT-EU initiative was also a very good and much-needed tool as it would provide a top-up for cohesion support to Member States, with a budget which would be distributed taking into account the impact of the crisis. This will ensure that there is no interruption in funding for key crisis repair measures and support to the most deprived. It will support workers and SMEs, health systems and the green and digital transitions and will be available across sectors – from tourism to culture, he concluded.

During the debate, Tellervo Kylä-Harakka-Ruonala, on behalf of the Employers' Group, said that the Commission's plan could only be successful if public resources were allocated to the investments that brought the best return and if the conditions for doing business, including infrastructure and innovation, were developed and boosted. Ester Vitale, representing the Workers' Group, pointed to the importance of avoiding any cuts in the social protection of workers, public health systems and the means of sustainable production in these difficult times, in order to guarantee balanced recovery across the continent. For his part, Ionuţ Sibian, on behalf of the Diversity Europe Group, mentioned the contribution of NGOs and the importance of helping them to rebuild resilience capacity so that they could continue to perform their vital role in society.