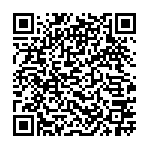 The European Economic and Social Committee (EESC) celebrates 9th May online for the first time ever, highlighting the commitment on the ground of its members to fighting the coronavirus crisis

Unity and solidarity among EU Member States are key to facing the coronavirus pandemic. In a video especially broadcast for its first ever "virtual" Europe Day on Saturday 9th May 2020, the European Economic and Social Committee (EESC) underlines that only by being united can we stay strong and life can return to normal. No government can possibly think to solve such a crisis alone and all Member States must come together to support each other.

For the EESC, it is vital to help and support people, to speak on behalf of organised civil society and to encourage them to continue with all the efforts they have made in looking after citizens' interests at European and national level. The Committee reiterates: "Now we are either a Union or we are nothing".

2020 marks the 70th anniversary of the Robert Schuman Declaration and, while commenting in a video address on the celebration of this important milestone, EESC president Luca Jahier said that the European Union had to be daring, show solidarity towards its Members States, and offer a clear vision for the future, especially in times of crisis.

Given the outbreak of the Covid-19 pandemic, the Committee was forced to cancel the usual Journée Portes Ouvertes. This only concerned its buildings though, as a lot of inspiring activities did actually take place but just in a different and unexpected format: online. Focusing on togetherness and solidarity, the EESC celebrated Europe by joining the other EU institutions in the "Europeans against Covid" campaign, launched by the European Parliament, and paid tribute to all European people in their fight against the pandemic.

Videos, articles and posts on social media gave life to a dedicated web page on the Committee's website, where visitors could surf and find out first hand what the EESC was doing to fight the coronavirus crisis. All this together with testimonies from the EESC's members, its most valued resource, and their hard work on the ground in the different Member States.

The mini-website also featured a wide section on how the Committee works, with its sections and groups: its functioning, its important contribution to the EU decision-making process and the essential role played by EU civil society organisations.

The first ever online Europe Day was a successful experiment, receiving a lot of viewers and with interaction and tweets from all sorts of cybernauts. However, the EESC made the promise to be back next year with the 2021 Open Day on its official premises, the Jacques Delors building in Brussels.