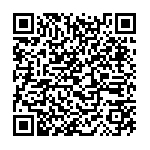 The students of the European Master’s in Human Rights at the Global Campus Europe - Global Campus of Human Rights announce the 11th edition of the Human Rights Film Festival on Saturday, 7 December, in Venice. On the 30th anniversary of the UN Convention on the Rights of the Child, the festival theme is "Future generations: what are we leaving for our children?”We have met Kosta Karakashyan, who is the director of the festival

About 7.2 million children in the world are deprived of their liberty. At least 410.000 of them are detained in jail, where violence is endemic. This is revealed by the UN Global Study on Children Deprived of Liberty, whose lead author is Manfred Nowak. Prof. Nowak presented his study to the UN in Geneva last November, on the occasion of the 30th anniversary of the United Nations Convention on the Rights of the Child, the largest ratified human rights treaty in history. Manfred Nowak is also a UN independent expert and secretary general of the Global Campus of Human Rights, the largest institution in the world offering post-graduate education in the fields of human rights and democracy.

Taking inspiration from these themes the EMA / Global Campus Europe students of the Global Campus of Human Rights have organised the Human Rights Film Festival, focusing on children's rights. The 11th edition is held on Saturday, the 7th of December, in Venice, at Palazzo Michiel, headquarter of the European Cultural Centre.

The theme chosen by the students is: “ Future generations: what are we leaving for our children?” The team working at the festival, made up of 15 students, each one coming from a different country and with a different background, has selected 5 thematic areas- Environment, Migration, Incarceration , Children’s rights, Gender and Sexuality- that have been related to children’s rights. A wide variety of human rights experts, activists, and academics will lead interactive workshops and discussions and present film screenings on important human rights issues today. The event aims to raise awareness about human rights worldwide and to show how everyday people and communities can make a difference.

As for the theme of incarceration, “we have chosen the theme of detention, of children deprived of liberty, because it is a theme that we, as master’s students of the Global Campus of Human Rights, are very sensitive to,” says Kosta Karakashyan, director of the Human Rights film festival.
Karakashyan is a Bulgarian-Armenian dancer, choreographer, director, and writer. He graduated from Columbia University in New York with a BA in Dance.
Free motherhood, by Miguel Angel Herrera, that will be screened at the festival, is a film that speaks about the story of five mothers who are bringing up their children in prison. “The film does not only speak about detention, but also about being a mother and about children’s rights”, explains Kosta Karakashyan.

“In order to raise awareness on the theme of the rights of children , we wanted to show films by young filmmakers. We selected two very interesting films on the importance of playing for children,'' continues Kosta Karakashyan:
It looks like me, directed by Kelly Cristina Spinelli, is a documentary on play and racism, and it speaks about the absence of black dolls on the Brasilian market and of the work of a group or artisans who try to fight racism as well as the giant Brasilian toy industry by making handmade black dolls.
Brincadique?, directed by Portuguese director Vinícius Gallon, speaks about the importance of playing for children and for their development.

The festival ends up dealing with the theme of gender and sexual orientation and discrimination. Time for Love, by Sean Lìonadh, speaks about sexual discrimination in Scotland. Lukas Dhont’s drama Girl is about a trans girl who pursues a career as a ballerina . The film was awarded the Queer Palm prize at Cannes. Kosta Karakashyan will present his first film, Waiting for color, a dance documentary about the persecutions of gay men in Chechnya, which is now showcased in 20 international festivals. Speaking about his overall work Kosta Karakashyan explains: “My work is focused on how to create more empathy in society through movement and storytelling. I think dance is a very social practice: you move together and listen to music together. Through dance and films I want to try to teach people to care more about others."

Read here the programme of the festival.