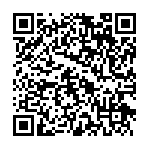 On the eve of International Day of the Girl a new report by The ONE Campaign reveals the toughest place for girls to get an education is South Sudan, followed by Central African Republic and Niger. ONE’s 'Toughest Places for a Girl to Get an Education' investigation shows nine of the top 10 countries where girls fail to get a life-changing, poverty-busting education are in Africa, and all are fragile states.

The ground-breaking report also highlights some of the many barriers girls continue to face in securing a good education. In South Sudan 73% of girls ages 6-11 are not in school and in Central African Republic there is just one teacher for every 80 students.

Other interesting findings from the index: Girls in secondary education are 83% more likely than boys to miss out school in the toughest countries of the list; In the 10 toughest countries, half of the girls are married before they are 18 and a quarter of them are child laborers; Only 30% of the 193 UN Member States had complete data measuring girl’s education.

President and CEO of The ONE Campaign, Gayle Smith, said: “Over 130 million girls are still out of school -- that’s over 130 million potential engineers, entrepreneurs, teachers and politicians whose leadership the world is missing out on. It’s a global crisis that perpetuates poverty.”

The Index was compiled using global data on 11 factors that reflect girls’ experience of education from school completion rates, female literacy and pupil-teacher ratio. Countries including Somalia and Syria but also France and Germany failed to make the list because there was insufficient data about girls in some countries.

In February 2018 world leaders will be asked to fund the Global Partnership for Education, an international fund that supports education in developing countries. The EU has recently shown its commitment by dedicating to education in emergencies 8 per cent of its humanitarian budget in 2018, more than doubling the global average.

Emily Wigens, interim Brussels Director at ONE, said: “Investing in education is key to ending extreme poverty, and yet the latest data from 2015 shows that the number of girls being denied an education rose for the first time in a decade. We must turn a corner on the girls education crisis and it starts will fully funding the Global Partnership for Education. We are calling on the EU to pledge an additional 100m Euros to the fund over the next three years. The European Parliament’s Budget Committee has paved the way proposing increases for development spending in the 2018 EU Budget. We now urge the European Parliament as a whole and Member States to back the Budget Committee’s proposal. The EU’s continued leadership in global education starts with supporting the increased investments in the 2018 budget and continues with a new pledge to the Global Partnership for Education.”