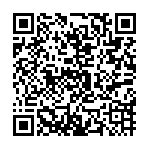 It’s called Aconchego and it’s the intergenerational programme of the city of Porto: elderly people who suffer from loneliness and isolation provide housing in their homes to university students, who need accommodation at low prices. The model has been replicated in Lisbon and Coimbra

Porto, a small city in the north of Portugal, is a very young and very old city at the same time. Its university and higher education institutions attract about 70.000 students each year- a great part of whom come from the surroundings of the city or abroad. Every year many students are in need of an accommodation in the city to attend university. Porto has also one of the largest ageing populations in Portugal. Many of these elderly people suffer from loneliness and isolation, especially in the downtown area of the city.

That’s why the Aconchego Program was born, a programme based on an intergenerational perspective. It is the result of a partnership, started in 2004, between two organisations, the Porto Social Foundation and the Academic Federation of Porto. Before getting together, these two institutions were very busy trying to solve their own problems: a large number of elderly and isolated people and a high number of students living outside the city looking for accommodation at low prices, respectively. These institutions found each other and decided to join efforts to solve their problems through a partnership.

The perspective of the project is intergenerational because elderly people provide accommodation to university students in their houses and students contribute, while living with seniors and sharing the same house, to decrease their feelings of loneliness and isolation, promoting the welfare of seniors and their families.

Over the years the Aconchego Program has grown considerably. More and more cities in the world have developed similar programs, and putting elderly people together with youth has become a way to fight isolation of elderly people and lack of accommodation for the students. The Aconchego model has already been replicated in Lisbon and Coimbra.

While between 2004 and 2008 the demand was mainly by students, since 2008 the demand increased significantly from seniors. This phenomenon of reversal of the the group’s demand is probably due to the fact that it is a programme of relationships where trust and security are key elements. Seniors joining this programme are from middle/upper class and are autonomous. The students are mostly middle/lower class for whom close relationships and ties of affection can be important places of safety.