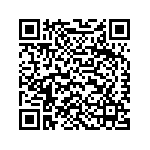 It’s called Nikosia and it’s the first radio in Spain produced by people suffering from mental problems. The aim? FIght against the stigma surrounding psychiatric problems. Radio Nikosia is supported by many personalities. Among them singer and activist Manu Chao.

The city of Barcelona hosts Nikosia, the first radio in Spain produced by people who have been diagnosed with mental problems. The aim? Create a free and autonomous channel of communication to fight against stigma surroundings these problems.
Founded in 2003, Radio Nikosia is participated by about 40 people in psychiatric treatment, and speaks about madness from the voice of who suffers from it. Radio Nikosia is both a radio program and a participant to various radio programs in Barcelona and is produced with the cooperation of anthropologists, artists and journalists.

Using radio as a means of expression and social visibility, the project brings welfare to people suffering from mental problems. Even if Nikosia is not a therapeutic space in itself it manages to heal giving people who suffer from mental problems the opportunity to express themselves and to actively participate to society.

The project is coordinated by the Cultural Association Radio Nikosia, a non profit organisation that fights against prejudices suffered by people with mental health problems and is supported by many personalities. Among them, world-famous singer and activist Manu Chao.

“Radio libre, mentes libres” (Free radio, free minds) is the slogan of the project: Radio Nikosia is free because it is open to the participation of all the community, that can be actively involved. Besides it frees minds because it gives space to the narrative and self narrative of people who have been diagnosed with a mental problem, who are generally excluded and de-legitimized.

“Nikosia is an intimate place open to the community, a new territory of plural listening, of political action and social participation for, by, and with people diagnosed with a problem of mental health”, as you can read on the website of the radio.

Radio Nikosia also organises workshops open to the community, realised in open spaces, involving people with mental suffering. Activities go from painting workshops, to percussions and yoga courses. The radio also organises conferences and seminars held by people with psychiatric problems, to speak about the concept of stigma, discrimination, loneliness and mental health in person.

Photos in the article: from the website of Radio Nikosia.