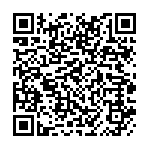 Concerts de Poche are itinerant music: concerts and music workshops. The principle is: “No concert without workshop, no workshop without concert”. This very elaborate cultural action allows to develop innovative bonds between the so called “cultured” music and a very varied public.

The Concerts de Poche put music at the service of social problems. The association of the same name brings the greatest performers of classical music, jazz and opera where this kind of music doesn’t arrive, in rural areas and in villages, involving the locals.

The aim is also to involve all types of public, especially young people, isolated or disadvantaged people, in participatory music projects, creating a stable bond with the locals and contributing to balance the cultural offer.

“Classical music, jazz, opera are like the sea, they belong to all the world and are magic. Cultured music is a fantastic tool to regain confidence in yourself, to integrate in society”, says Gisèle Magnan, director and founder of the Concerts de Poche, in an interview.

And she continues: “The Concerts de Poche are a musical creation, they are the gathering of different people around the same artistic emotion. They are passionate groups who travel France in all directions: in houses, colleges, schools, high schools, nursing homes, neighbourhoods, to organise every year workshops and concerts in hundreds of Councils. In order that more and more people sing, invent, become self-aware, and in order that there is no more fear of the other”.

The Concerts de Poche organise every year more than 1200 music workshops and 90 concerts all over France. More than 40,000 people have benefit the Concerts de Poche during 2016.
Workshops are especially aimed at those who, for social, geographical or cultural reasons, would not go to a concert. All these publics meet separately or together; many sessions are intergenerational. Workshops are held by actors, by improvised musicians, by choir directors and in many cases by the same performers. Together with the team of Concerts de Poche, they conceive the workshops with a tight bond with who lives on the territory.
The aim is to allow each participant to develop their own creativity, their own critical sense and the pleasure of practicing together. Workshops serve to provide the tools to understand so that everyone can fully enjoy the concerts and discover the magic of great performances.