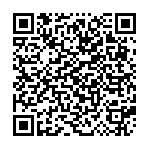 Italian NGOs have come under attack on efforts to save migrants’ lives in the Mediterranean. The Italian case is unfortunately not isolated, and we witness worrying cases across Europe.

Italian NGOs are currently under attack, due to allegations undermining the credibility and expertise of organisations that strive to leave no one behind in respect of European values. The Italian case is unfortunately not isolated, and we witness a worrying pattern across Europe.

In the face of numerous challenges and threats facing civil society actors and NGOs in different European countries, CONCORD Europe, the European Confederation of NGOs for Relief and Development, supports its members and warns that gross misrepresentations of the actions and role of our members and their constituent organisations are endangering life saving humanitarian interventions and international development cooperation initiatives undertaken every day, in full transparency, by civil society organisations.

The Italian case is unfortunately not isolated, and we witness a worrying pattern across Europe.

In Hungary, recent governmental statements and actions seek to stigmatise and intimidate independent civil society organisations (A recent consultation accused international NGOs operating in Hungary of interfering “in internal affairs […] in a non-transparent way” and of inciting “illegal immigrants […] to commit illegal acts” ).

The Polish government has been following the same path by cutting funding for NGOs “acting against Polish interests.”

Seamus Jeffreson - CONCORD Europe Director: “CONCORD Europe is strongly committed to supporting our members in Europe and abroad who are facing misleading or simply false accusations about their work. NGOs in Italy and elsewhere, with the commitment of thousands of volunteers, are daily saving lives and supporting the most vulnerable in the Mediterranean sea, across Europe and in neighbouring countries. They speak out where and when rights are not being protected. This work is backed by millions of citizens and is a tangible manifestation of our humanity and proudest European values”.

CONCORD Europe stands behind its Italian member and partners, and will work together with them to counter the risk of the general disengagement of public opinion.