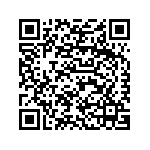 Following a promotion plan launched by the City of Paris and the State there has been an important increase in tourists in Paris. Today the record level can be compared to that of 2014, before the 2015 terrorist attacks.

Paris launched last year a plan to promote tourism, together with the State, that is having very positive results.
Faced with a big decrease of tourism in Paris following the attacks, the city has been able to act urgently, committing in actions of promotion aimed at reassuring tourists on monuments and historic sites, and on the serene functioning of the city. Today the record level is comparable to that of 2014, as reads the website of the city of Paris.

The website also gives facts and figures regarding the relaunch of tourism in Paris: the Tourist and Conferences Office in Paris (OTCP) has remarked a dramatic increase in the number of tourists and in the booking of flights towards the capital at the end of 2016, at a record level comparable to that of the end of 2014, therefore before the tourism crisis due to 2015 terrorist attacks.

According to figures by the Tourist Office of Paris, arrivals in hotels in December 2016 increased by 19.5% if compared with December 2015. There is also a clear increase in the arrivals from the Near and the Middle East (+47,9% as compared with 2015), from China (40,8%), Africa (26,2%) or also from the United States. European visitors are equally present, with an increase of 36.5% of German tourists, of 30.5% of Spanish and Belgian tourists and an increase of 19.5% of Italian tourists, as observed by the website.

Paris has invested 2.6 million euros, in 2016 and 2017, for tourism promotion campaigns, continues paris.fr. Besides the city of Paris, the role of the State and especially of the Minister for Foreign Affairs has been very important.

The website of the city of Paris concludes: “With these very positive figures, the city of Paris remains an art city and city of history par excellence, capital of gastronomy, one of the most desired destinations for shopping, a metropolis appreciated by business visitors, a city to party and finally a green city”.