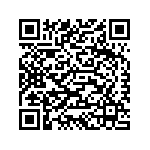 As global leaders gather at the New York summits to improve protection of migrants and refugees, they may find valuable lessons from the guidance produced by the Migrants in Countries in Crisis (MICIC) Initiative and the process that led to their development

This week, as global leaders gather at two agenda-setting summits to improve protection of migrants and refugees, they may find valuable lessons from the guidance produced by the Migrants in Countries in Crisis (MICIC) Initiative and the process that led to their development. The discussions will also include human trafficking and exploitation in times of crisis and the urgent action that humanitarian and development actors must take to address these issues.

On Wednesday, September 21, 2016, from 5:30 pm – 8pm, the U.S. Department of State’s Bureau for Population, Refugees and Migration (PRM) and Office to Monitor and Combat Trafficking in Persons (J/TIP), in cooperation with the International Organization for Migration (IOM), will convene two panels: one on The Migrants in Countries in Crisis (MICIC) Initiative, chaired by Ms. Anne C Richard, U.S. Assistant Secretary of State for Population, Refugees, and Migration, and moderated by Michele Klein Solomon, Director of the MICIC Initiative Secretariat and the second on Addressing Human Trafficking and Exploitation in Conflict and Post-Conflict Situations, moderated by Ms. Susan Coppedge, U.S. Ambassador-at-Large.

In June 2016, at the UN in New York and Geneva the MICIC Initiative launched global “Guidelines to Protect Migrants in Countries Experiencing Conflict or Natural Disaster.” On 21 September 2016, the United States and Philippines, the co-chairs of the MICIC Initiative, will host a side event to share their experience and insights and will also launch an online repository of practices that can assist States and other stakeholders to exchange knowledge and expertise on ways to better protect migrants. The MICIC Initiative Guidelines are now also available in Arabic, Chinese, French, Russian, and Spanish.

The United States and the Philippines recognized that almost all countries in the world host a migrant population and that no country is immune to conflict or natural disaster. When crises erupt, migrants are among the affected population. Despite being resilient and resourceful in the face of crises, migrants often fall between the cracks. Before today, little guidance existed to clearly identify what States, international organizations and others should do to better protect migrants in crises.

The MICIC Initiative Guidelines outline concrete and practical advice on what all actors can do to save lives, increase protection, decrease vulnerability, and improve responses. They include advice on how to prepare for addressing the needs of migrants during crises, how to respond to crises in ways that protect migrants, and how to help migrants and communities recover from crises. The Guidelines are derived from the input of a wide range of stakeholders and experts gathered during two years of wide and inclusive consultations with States in all regions of the world and with a wide range of private sector employers, civil society, and international organizations.

IOM continues to serve as the MICIC Initiative secretariat.

The second panel will focus of the issue of human trafficking in conflict and post conflict situations. Trafficking in persons is a crime with serious human rights abuses presenting important challenges in ordinary times as well as in conflict and post conflict situations. In 2015, a number of studies and researches have shown the clear link between trafficking, exploitation and conflict. These studies indicated that, contrary to what it was normally believed, trafficking and exploitation are a direct consequence of crisis and a matter of life and livelihood for those who are affected by it.

Although media’s reports on the atrocities perpetuated on civilians during conflict have died down, trafficking and exploitation in conflict are still happening: the appalling abductions of ethnic minorities such as the Yazidis in Iraq, especially boys, by ISIL rebel armies and women and girls as young as ten in ISIL weekly slave markets to satisfy the sexual needs of rebels; the abduction for ransom of young men and women through the Northern African route to reach the shores of the Mediterranean, the torture and mutilations they suffer; the continuous requests for support received by a number of international organizations, including the International Organization for Migration, IOM, and national organizations on such cases testifies that global efforts thus far are falling short of addressing actual needs and preventing this crime from happening, and that victims need attention now, more than ever before.

As the new researches and studies exploring the links between trafficking, exploitation and crisis by IOM indicate, crisis are generally coupled by a breakdown of traditional support structures, the weakening of states’ infrastructures and social service support systems. This has a direct consequence of the capacity of communities to fend for, and protect themselves. Crisis-affected communities are prone to adopt negative coping mechanisms, which, in turn, often lead to trafficking and exploitation. The lack of access to safe and legal migration options forces desperate individuals, families and entire communities fleeing conflict to resort to the services of such smugglers, further increasing their exposure to abuse, violence, exploitation and trafficking.

IOM’s research and studies published in June 2015 and in December 2016 conclude that, contrary to what was believed, human trafficking and exploitation are a direct consequence of crisis, not mere side effects and a matter of life and livelihood for victims. For this reason, such efforts need to be given as much priority as any other crisis response from the outset. Specifically, the studies indicate that in crisis, cases of trafficking in persons are exacerbated, whilst existing vulnerabilities worsen and new, crisis-induced forms of trafficking emerge. IOM has already started responding to the challenge of trafficking and exploration in crisis thanks to JTIOP help and support.

After the UNUS event of December 2015, the 19th September summit is the first time that the General Assembly calls for a high level event on large movements of refugees and migrants. This summit and specifically this side event addressing trafficking in conflict and post conflict situations present a unique occasion for the international community, the donor community, governments, local organizations and the public to improve the current response to refugees and migrants’ needs in ordinary times and in times of conflict.

To that end, tomorrow’s side event sees the interventions of organizations and personalities/scholars that have taken trafficking and exploitation in crisis seriously and that are committed to making a positive change in humanitarian responses: The TIP Office’s Ambassador-at-Large Ms. Coppedge, the Deputy Director General of the International Organization for Migration Ambassador Thompson, the UN Special Rapporteur on trafficking in persons, especially women and children, Dr. Giammarinaro, the Coordinator of Research Action from Secour Catholique – Caritas France Ms. Colas and Professor Zimmermann of the London School of Hygiene and Tropical Medicine will unite their voices and recommendations for an immediate positive response to trafficking and exploitation in crisis.

This event intends to create new avenues to strengthen the response and issue operational guidelines for interventions to prevent human trafficking during a crisis. Specifically, with particular reference to situations of crisis, better strategies need to be developed to address the needs of those vulnerable groups, especially the victims of trafficking and exploitation, and crisis affected communities whose voice cannot be heard and who remain, as yet, unassisted.