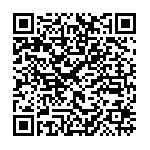 Freezing the EU funding will have alarming consequences for people with disabilities. The European Disability Forum raises a red flag

The European Commission proposed the suspension of European Structural and Investments Funds (ESIF) for Spain and Portugal due to their non-compliance with EU budgetary rules. What this proposal fails to consider is the huge impact this will have on persons with disabilities in Spain and Portugal, as many programmes and projects promoting social inclusion and non-discrimination are funded by ESIF.

Indicative of the huge benefits of the funds for many citizens in vulnerable situations, is that in Spain, the Operational Programme for Social Inclusion and Social Economy benefits annually 50.000 people in vulnerable situations and it results in 15.000 people getting a job. This important programme is in the European Commission’s proposed list of programmes to be suspended.

In the case of Portugal, the Operational Programme for Employment and Social Inclusion – POISE supports persons with disabilities to live in the community by promoting employment, free movement, access to information, participation in society and independent living for every person with disability. It is also included in the European Commission’s proposed list of programmes to be suspended.

People in vulnerable situations in Europe have already been hit disproportionally hard due to the economic crisis. They should not be “punished” for the governments’ failure to comply with the EU budgetary rules, neither should they continue paying the consequences for a situation they are not at all responsible.

The press release also mentions: “Commission Vice-President Katainen and Commissioner Corina Cre&#355;u reiterated that the Commission was legally obliged to propose a suspension. They nonetheless stressed that “not a cent would be lost” as only commitments would be suspended and not payments. This would mean that only new projects would be temporarily postponed until the suspension was lifted. They were also confident that both governments will come up with a budgetary proposal on 15 October in line with EU recommendations, in which case the suspension would be lifted.”

EDF calls on the European Parliament to take the impact on people with disabilities in Spain and Portugal into serious consideration and not let their lives become harder by deciding the suspension of programmes that benefit them remarkably much.