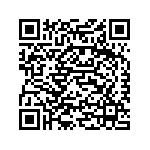 For millions of people, the so-called “sharing economy” is making it easier and more affordable to get around, to vacation, to get household work done. The size and scale of Uber, Airbnb and several other firms now rival, or even surpass, those of some of the world’s largest businesses in transportation, hospitality and other sectors. According to Pew Research Center, sharing economy global revenues could grow from roughly US$15 billion today to around US$335 billion by 2025

However, many experts grapple with the imprecision of the term 'sharing economy'. In his last book, “The End of Employment and the Rise of Crowd-Based Capitalism”, Arun Sundararajan explains the transition to what he describes as “crowd-based capitalism” - a new way of organizing economic activity that may supplant the traditional corporate-centered model. “What is new, is that you are not helping a friend for free; you are providing these services to a stranger for money. The good news", says Prof Sundararajan, "is that the biggest beneficiaries may in fact be the poor".

According a new report from BSR, a nonprofit that promotes social responsibility in business, the sharing economy can have positive impacts on people and communities who have often been excluded from or are unable to meet their needs through more traditional models. “This is because ownership is a more significant barrier to consumption for people who have less wealth or income”, the report says. Some models are even said to disproportionately benefit lower-income groups, who often spend higher proportions of income on housing, food, and health care.

There is also evidence of specific excluded groups benefiting from the sharing economy over traditional models. Some disabled customers have found that Uber and Lyft make it easier to get around cities. For blind customers, hailing a ride is much easier than before, and because all payments are handled via an app, these customers do not have to worry that a driver might overcharge them.

However, many other people are not able to take full advantage of the potential benefits and face a new set of risks in the sharing economy. Women and minorities appear more likely to experience violence and discrimination on platforms like Uber and Airbnb. In late May, a 25-year-old black man sued Airbnb for racial discrimination. As part of new efforts to remove what it terms "unconscious bias" from the site, Airbnb has hired its first-ever head of diversity. Indeed, does the sharing economy undermine the workers' rights? There are also concerns about some of the legal gray areas that could make companies exempt from tax payments that support public infrastructure and institutions.

However, understanding the size and impact of the sharing economy is, and will continue to be, a complex task. In any case BSR seems quite optimistic that these technology-driven firms can really contribute to create a more inclusive society, if they are interested in doing this.

The report makes some recommendations about how to expand access to goods and services for low-income and underserved communities. Then sharing companies need to diversify their workforce. They can also hire more providers in areas where low income users live. Or, they can make new partnership with traditional businesses, policymakers, and civil society organizations.

“For example, Amsterdam is looking at ways to connect sharing platforms to its city pass, a resource for low-income and elderly groups”, BSR says. Airbnb’s works with nonprofits to support people who need temporary housing, like medical patients traveling for treatment, or low-income students visiting colleges. Uber has partnered with Communication Service for the Deaf (CSD), the nonprofit organization focused on improving quality of life for people who are deaf, deaf-blind, or hard-of-hearing.