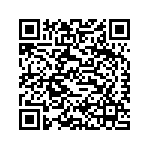 In a context of increasing inequalities, new economic paradigms, capable of guaranteeing greater social justice, political stability as well as environmental sustainability, need to be defined

The current global environment reveals that the architecture which characterized the prevalent economic paradigm in recent years is gradually falling apart with a consequent accentuation of inequalities. At the same time, social cohesion and justice are undermined in many countries. A conference titled “Towards a more human and just economy”, was held to the Italian Embassy to the Holy See, in Rome, to stimulate an in-depth debate on the need to define new economic model, more human and inclusive.

In his speech, Professor Deaton noted the incentives generated by inequality but also potential corrosive effects. The Nobel Prize made a materialist case that modernity has allowed for greater prosperity around the world, citing rising income, consumption and increased life-expectancy in developing countries. For example, UNDP’ studies reveal that, between 1990 and 2015, income poverty in developing countries fell by more than two thirds; the number of extreme poor people fell from 1.9 billion to 836 million; the child mortality rate fell by more than half and 2.6 billion people gained access to improved sources of drinking water, even as the global population increased from 5.3 billion to 7.3 billion.

Therefore, he also considered how the benefits of economic growth in many developing countries often accrue to the rich. In India and China, inequality has been increasing in recent years. From 1981 to 2010, the average poor person in sub-Saharan Africa saw no increase in their income even as economies expanded. “If the world's income inequality has been decreasing since 1980, we see inequalities within countries remaining high”, said Mr. Deaton. Yet, the super-rich can also undermine the political process to their own benefit and harm the rest of us. This is why, he warned, income inequality in society as a whole is a threat to democracy. But what effective measures could be done globally? Not through taxation and redistribution policies but by making democracy work better”.

Professor Jean-Paul Fitoussi pointed out that inequality across much of Europe has widened, but it is still quite modest when compared with the vast income gap in the United States. The current policy mix in Europe, where fiscal austerity is combined with structural reform, meaning less spending on the social safety net, have had a disastrous effect on social cohesion and a tremendous effect on European society. “In a context like this with strong uncertainty and precariousness, immigration is seen as a threat to our resource base and labor standards”. The French economist called for the need for a different set of indicators of social and economic progress exceeding the traditional measures of GDP growth in order to define better policies aimed at reducing inequality.

Lastly, Professor van der Mensbrugghe drew attention to the impact on the economy of environmental policies. “The Paris climate agreement aimed at holding global warming to well below 2 degrees Celsius. But the facts are telling us that more effort is needed to secure a path that would limit warming to 1.5C”. According to the American professor, many economists and policy experts agree that the most effective and cheapest way to handle the open access problem of climate change is to put a price on carbon. “Putting a price on carbon would drive producers and consumers to find ways to shift to clean energy. And it would enable the economy to reflect the true cost of doing business”.