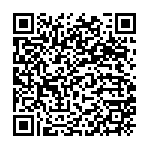 According to Lorenzo Codogno, visiting professor at the London School of Economics and Political Science, European Institute, the costs of the earthquake in Italy will be around €5bn, i.e. 0.3% of GDP. However, the economic cost of natural disasters anywhere is hard to calculate

"An earthquake may lead to casualties but also economic loss, i.e. a one-time blow to the capital stock”, says Lorenzo Codogno , visiting professor at the London School of Economics and Political Science, European Institute. “The rebuilding process as well as the recovery, can even contribute positively to GDP growth. However, the net impact on GDP growth is determined by the extent to which the first-round negative effects of the disaster are offset by the increase in production related to rebuilding. It also depends on the timing and size of government spending and its associated multiplier on private investment and consumption. Moreover, rebuilding may enhance potential growth to the extent that it can promote new business activities or make existing activities more efficient and productive. Unfortunately, rebuilding usually tends to have a negligible impact on productive potential, especially in areas where there is little industry or service activity. In the specific case of the Italian earthquake, the disaster does not have the potential to cause significant impact on GDP growth, at least in the short term”.

Then, let’s talk about public implications of natural disaster. In times of scarce public resources, how will the Italian government find the funds for reconstruction? “Not all the costs weigh on public finances”, Codogno adds. “Some of reconstruction costs are financed by private donations, others by insurance companies or EU contributions. This time, any possible intervention from the EU solidarity fund (EUSF), is limited to a maximum of €354mn, i.e. 2/3 of the allocated funds. Now, in the lack of official data on donations, and on what will be covered by insurance, we might estimate the capital loss due to the Italian earthquake to be around €5bn, and the amount to be included in the budget would be about €3.5-4.0bn, i.e., 0.2-0.3% of GDP, net of EU funds and insurance coverage”.

It is not excluded that in addition, Italy needs a budget flexibility from the European Union if necessary to help it fund a multi-year plan to boost the country's defenses against earthquakes. Indeed, European regulations allow a nation to exclude extraordinary one-time expenses related to a natural disaster from its budget calculations.

To this regards, Codogno warns that the money used to finance the reconstruction would increase the government debt, with the inevitable negative consequences on future growth. Rebuilding after any major natural disaster is a formidable challenge. The core principal of any major reconstruction effort should be to rebuild smart. “This happens, for example, when the reconstruction creates infrastructure that improves the productivity of production factors and leads to their most efficient use, when introducing new technologies or stimulating innovation processes. In particular, these technologies can be applied elsewhere, can be exported and can create additional growth and jobs. This might positively affect public finance in an indirect way."