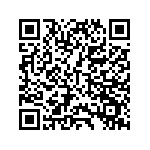 EU Member States and countries negotiating EU membership can also receive aid from the European Union Solidarity Fund in the event of natural disasters.
The fund was created in 2002, after the massive floods from the Central Europe Austria, Czech Republic and Germany and since then 71 disasters — including floods, forest fires, earthquakes, storms and drought — in 24 different European countries have received support through the Fund to a total value of more than more than €3.7bn.

A natural disaster is regarded as ‘major’ if it results in direct damage (in the Member State or country applying for accession) in excess of 3 billion of euros (2011 prices) or more than 0.6% of the gross national income of the beneficiary State. The determination of aid amounts is however not laid down in the Solidarity Fund Regulation as it depends on the availability of budget appropriations in a given year.
The annual allocation available for the EU Solidarity Fund in 2016 is €531 million and, in order to avoid early depletion of the Fund, the maximum financial contribution for a given disaster may not exceed two-thirds of the annual allocation of the Fund - €353,736m.

Italy received significant resources from the EU Solidarity Fund. From an overall assessment of the EU Solidarity Funds, it emerges that Italy has been the biggest recipient receiving €1.3bn.
More than 494m euros went to L’Aquila after the 2009 earthquake, which left than 300 people dead and thousands homeless. Some 10,000 buildings were destroyed while the medieval centre of L’Aquila, which remains uninhabitable, is expected to take 25 years to rebuild.
In the case of the earthquake in the Region of Emilia Romagna, the UE managed to grant 670 million euro, the greatest aid ever allocated for natural disaster since the creation of the fund.

Now, EU Solidarity Fund moves again to help Italy after a 6.2-magnitude earthquake struck central Italy in the early hours of Aug. 24, 2016, killing at least 290 people. However, in order to qualify, the government must apply within 12 weeks after the catastrophe. Once the Commission has received the information about the of damages, it has six weeks to make a decision, but the European Parliament and the European Council both have to give their approval. The amounts of aid are calculated by taking into consideration the size of the damage and the relative wealth of the affected country.

The Commission pointed out the EU solidarity fund was not designed to provide a rapid response. It is rather a financial instrument to help affected countries bear the financial burden inflicted on them by a disaster. As such, the financial aid may be only used to cover essential emergency operations, non-insurable damages, such as: restoring infrastructures, securing of prevention infrastructures, measures for immediate protection of cultural heritage, cleaning up, costs of emergency services and temporary accommodation. Money from the funds would not compensate for to individuals or for private loses.

However, many have argued that because of bureaucratic procedures involving the Council, Eu Parliament and Commission, the grant takes several months to be awarded. That’s why, the Commission would pay a 10% advance to Italy on the expected aid, if approved, using a new provision introduced in 2015 designed to make the financial framework of the EU Solidarity Fund more flexible and efficient in providing assistance to EU countries facing major natural disasters.