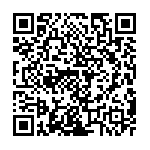 The Italian Government and the International Organization for Migration (IOM) launched Aware Migrants, a project aiming to raise awareness on the risks linked to migration, allowing migrants to make a more conscious decision. It is meant to discourage potential refugees from sub-Saharan Africa from attempting the perilous journey across the Mediterranean Sea.

According to the International Organization for Migration (IOM), out of nearly 250,000 people who arrived in Europe by sea in the year to date, with 3000 casualties this year alone, few were aware of the perils involved in the crossing.

«Europe’s migrant crisis cannot be solved with a single method,” Italy’s Interior Minister, Angelino Alfano told journalists in Rome. «This communication campaign is just one of the ways in which we are seeking to tackle the crisis».

«It's time to open your eyes," is the theme of the campaign, which cost 1.5 million euros ($1.7 million) and was conducted in three languages - Arabic, English and French. «While in 2014 the majority of the 170,000 migrant arrivals to Italy escaped from war and persecution, in 2015 some 60 percent of the 150,000 left their country to «pursue a dream, but ended up in a nightmare», Alfano insisted. «Did they know about all this before they left?» he finally asked.

The project targets would-be migrants between the ages of 18 and 35 in 15 different countries in North and West Africa. The campaign features 80 migrants recounting their suffering at the hands of ruthless smugglers or enduring the perilous Mediterranean crossing. In one of the video clips posted a woman talked about a rape attempt, and a man said he almost died of exposure at sea after his boat drifted for three days. While a song “Aware brother, aware sister” sung by Malian singer Rokia Traoré will warn people that the trip could expose them to death and suffering.

«Some experiences are so awful and terrible that we cannot imagine that," said Federico Soda, Mediterranean director of the International Organization for Migration (IOM). "Women are abused and raped, and often they arrive pregnant. Children are beaten and often traumatized when they arrive. We want them to be aware of the risks.»

«Migrants who have completed the journey refuse to tell their families back home about do not tell their friends and relatives at home the truth about their hardships - Federico Soda said, - both because they have spent a lot of money on the journey and because telling the truth of their suffering can be psychologically difficult», Soda concluded.