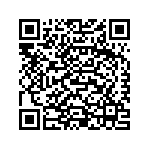 In the developed world, we enjoy the luxury of choice and unending supply when it comes to food. The problem is the palm oil, cocoa, soy, beef, leather, biofuels and other agricultural products that fill our lives and stomachs are coming from lands that have been illegally cleared, and are accelerating the destruction of our planet.

The problem of deforestation and land grabbing on a vast scale is being driven by an insatiable demand for agricultural commodities. Not only that, but a new report from NGO Fern shows that the European Union imported 6 billion euros ($6.5 billion) of agricultural commodities which were grown or reared on land illegally cleared of forests. This is almost a quarter of the total world trade.

Fern's latest research shows that European Union-based banks and investors have played a massive role in financing companies at the heart of concerns about land grabbing and tropical deforestation.

The environmental NGO looked in depth at the sources of funding for 23 of the world's biggest agriculture companies, including leading palm oil producers and traders. A list of the 10 key findings from their report can be found here.

"In recent years, many private sector companies have come under suspicion of fuelling deforestation and land grabbing abroad in pursuit of their commercial activities. Now a range of NGOs, including Fern, and policy makers are looking for ways of influencing them in order to prevent this. The aim is to persuade or oblige companies to adopt business methods that are environmentally sustainable, don’t cause conflicts with communities and respect communities’ human rights, including customary tenure rights."

One way of reaching these companies is through their financiers. It is difficult for companies to expand or even stay in business without support from banks and investors.

In their report, Fern have issued some key recommendations. One of their main messages is directed towards EU financial institutions. "Campaigners and policy makers looking to harness the power of EU financial institutions to bring change at the companies they fund should consider focussing their efforts particularly on EU-based banks. They seem to be the most important EU financial players in terms of the amount of finance they provide to (large) companies in sectors where land grabbing and deforestation are major issues. "