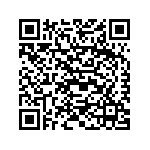 With the recent Panama Papers disclosure, inequality in world wealth is gaining greater media attention. Alongside this, feminism is living its fourth wave, and Hillary and Bernie - one representing a chance for women, the other inequality - are up against each other in America. But what is often ignored is that tackling issues relating to gender and poverty can be done intersectionally.

The feminisation of poverty means that a disproportionate percentage of the world’s poor are women. Worldwide, women earn on average slightly more than 50% of what men earn. For women living in poverty, access to critical resources such as credit, land and inheritance are denied.

For women who want to be the next Arianna Huffington, and start their own businesses that will empower them economically, the obstacles remain still far greater than for a man.

In the EU, the gender pay gap stands at 16.3 %. For women in work, atypical and flexible forms of working contracts (zero hour contracts, temporary work, interim jobs etc.) are affecting women more than men. These insecure contracts put women at greater risk of poverty, and as they get older, they are at increasing risk of falling below the poverty line, because the pension gap still stands at 40%.

For elderly women who are also looking after their grandchildren and husbands - because women are still the primary care-takers in our societies - this can make the choice between food or heating.

Women are still the primary care-takers for the care of elderly or ill family members, as well as for children. In economic terms, this unpaid labour burden results in a lower participation in the paid labour market. This consequently diminishes women’s overall income.

The crisis and the austerity measures taken in several European countries, have hit women the hardest. Due to the continued lack of high-quality childcare services and facilities at affordable prices, and the increasing risk of poverty that women face is closely linked to budget cuts in education, social security systems and care services.

It is becoming increasingly clear that women’s rights and inequality can and should be tackled together. As a result, a number of key recommendations have been published in the report put to the EU parliament by the Committee on Women’s Rights and Gender Equality entitled “Poverty: a gender perspective”. By proposing a motion the EU to adopt a resolution to tackle female poverty, the Committee is asking that "the public expenditure incurred by the Member States to reduce this injustice, whether direct or indirect, should not be seen as a waste or as a mere cost item, but as a wise and worthwhile investment which breaks the vicious cycle of poverty."

The fight against female poverty is a matter of social justice. By using intersectionality to tackle the combined issues of women's rights and inequality, solutions to these pressing global issues are possible.

For more information including an interview with the report author, Maria Arena, a Belgian member of the S&D group, click here.