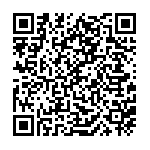 Active for over 30 years across 27 countries, the Erasmus has enriched over 2 million Europeans' lives with cultural and academic exchange. However, following Brexit, the Erasmus scheme’s UK future is no longer certain.

Studying in the British Library? Stumbling out of Fabric at sunrise? Exploring the Tate Modern? Lazy walks on Hampstead Heath? Weekends away to Brighton or the Lake District?

Thanks to Brexit, this and more may no longer be possible for EU students wanting to study in the UK under the Erasmus program.

The head of Erasmus has announced that after 2017, the future of the popular exchange program launched by the European Commission in 1987 is no longer certain.

Active for over 30 years across 27 countries, the Erasmus has enriched over 2 million Europeans' lives with cultural and academic exchange. However, following Brexit, the Erasmus scheme’s UK director, Ruth Sinclair-Jones has stated, “we face a sad moment of uncertainty, after 30 years of this enrichment of so many lives”.

Currently, there are 120,000 students from EU countries at UK universities, of which 27,401 are through Erasmus with their fees paid by the EU.

The potential end of British participation in the scheme would be “a devastating tragedy” say those who founded and administer it.

"In the long term, it’s an unknown situation. We will continue with our plans until 2017 but after that we have to wait," stated Sinclair-Jones.

The effects of Brexit continue to grow. With European youth already feeling the growing uncertainty, and Britain's youth lamenting the Brexit vote as the result of decisions by "selfish" older generations, the potential exclusion of the UK from the Erasmus program is yet another bitter pill to swallow.