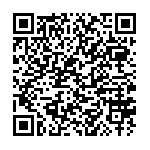 “Our country is full” is a statement that is heard as a justification for not accepting any more migrants and refugees. According to this opinion, European countries do not have capacity to accept more newcomers, who put pressure on infrastructure – and especially housing. But when we look more closely, can it really be said that Europe is full?

Youth NGO #LifeSeekers is running a campaign calling on those who, asylum-seekers or not, desire a better future, and agree that "European governments should focus on the real problems facing our societies, and stop scapegoating migrants and refugees."

"For a new approach to problems facing young people in Europe today. We want policy-makers to take positive action to solve these problems and to stop blaming migrants and refugees. Whether or not we are asylum-seekers, we are all Life Seekers, who want the freedom and power to shape our own futures."

Currently many Europeans are struggling with the housing market. It is extremely difficult for many to buy or rent a home, thanks to problems including housing speculation - where investors buy houses to use simply as assets to be sold on when their value increases - as well as a bad economic situation and unstable employment.

"What seems clear is that this market is not working for European people, and migrants and refugees are not the cause of the problem," say #LifeSeekers in their campaign manifesto.

Over 48% of young people aged 18-34 in the EU still live with their parents, unable to truly realise their independence. Meanwhile, there are millions of homes sitting empty.

"This unfair housing market is especially serious for young people in Europe. Ever-rising rents mean that living situations for most young Europeans are unstable: over 48% of young people aged 18-34 in the EU still live with their parents, unable to truly realise their independence," say #LifeSeekers.

Meanwhile, there are millions of homes sitting empty.

The European housing market is clearly not working for people, leaving millions homeless and millions more paying higher and higher rents. The question is should we really be blaming so many of our problems on migration?