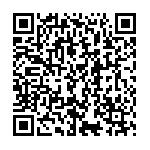 The appointment of former European Commission president Manuel Barroso drew outcry and condemnation. Corporate Europe Observatory: «The revolving door is just one symptom of the perverse symbiosis that exists between big business and the public authorities that should be working for the public interests».

Off the EU establishment radar since he left the top job at the European Commission in 2014 after 10 years of “outstanding” duties, former EU Commission president Jose Manuel Barroso re-joined the EU elite as Goldman Sachs chairman and senior adviser. His new job description includes advising the bank on the U.K.’s negotiations to leave the European Union. What an irony for a polititians whose job was advancing the interests of a united Europe. Now he will financially benefit from the departure of London from the Union. «His perspective, judgment and counsel will add great value to our GSI board of directors, Goldman Sachs, our shareholders and our people,” said Goldman Sachs International in a predictable and obvious statement for the press.

The Barroso hiring provoked heavy verbal firing directed at both Goldman Sachs and Barroso himself from civil society organizations and politicians.

Gianni Pittella, leader of the Socialist and Democrats group in the European Parliament, did not hesitate to call «Barroso's decision as morally and politically deplorable. After 10 years of mediocre governance of the EU, now the former EU Commission president will serve those who aim to undermine our rules and values».

Union leaders called to cut his pension from the Commission when he reaches 65 years of age.

The outcry was reiterated by Corporate Europe Observatory. According to the non for profit organization whose mission is to expose the power of corporate lobbying in the EU, «the Goldman-Saches appointment of Barroso is scandalous but not surprising. The revolving door is just one symptom of the perverse symbiosis that exists between big business and the public authorities that should be working for the public interests. So far, the European Commissions’s response to this case has been pathetic, defending Barroso’s move to big finance as legitimate according to existing rules. Major loopholes exist in both the rules and the way in which they are implemented. CEO believes there should be a mandatory cooling-off period of at least five years for former commission presidents regarding direct and indirect corporate lobbying activities» said Nina Holland, CEO researcher and campaigner.