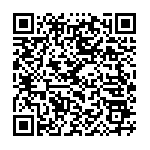 Seventy six per cent of the entries at the top of the lobby register are flawed, according to new research by LobbyFacts.

The lobby data-crunching website research shows that of the 51 organisations declaring the highest lobby spend, only 12 are likely to, in fact, be among the biggest lobbyists. There is only one reliable-looking entry among the 30 entries declaring the highest lobby spend. LobbyFacts produced this list by cross-referencing declared spend, with the number of meetings held with senior staff at the Commission and the numbers of European Parliament passes held (plus some common sense!) as good indicators of an organisation’s actual lobby activity.

The pollution of the register by inaccurate entries, whether over-reporting or under-reporting lobby spend, is endemic. The only solution to this is to get tough: implement a legally-binding lobby register with the ability to apply sanctions so that there is a real disincentive to post inaccurate data. The Commission has tried the carrot approach since 2008; now its time for the stick!

According to this analysis, in the LobbyFacts cleaned-up list, some of the world’s biggest corporate interests appear as top-spending EU lobbyists - Exxon, Shell, Microsoft - as well as trade associations representing the chemicals, finance, insurance and pharma industries.
Three lobby firms also appear on the list: Fleishman-Hillard, Burson-Marsteller and Interel. Of the top 12 highest spending lobby organisations, 11 of them (92 per cent), represent corporate interests and between them they spent at least 72,012,760 euros in the most recently declared year. Between them, they held 228 meetings with senior Commission officials (since December 2014, according to IntegrityWatch) and hold 192 European parliamentary access passes.

The LobbyFacts analysis comes on the day that the Commission and Parliament jointly host an event to debate the future of the lobby register, as part of the consultation on transparency. While the Commission has proposed to introduce a mandatory lobby register, it seems clear that this be based on a weak incentives-based approach, rather than the legally-binding approach which many NGOs support.