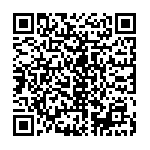 The proposed decision of the Kenyan government to shut down two of the world’s largest refugee camps is surprising, for a country that hosts over 600,104 refugees stemming mainly from conflict-ridden Somalia and South Sudan, and who have nowhere else to go. The government insists that its actions are based on security concerns, but according to The Economist, “money is probably the real reason for the sudden announcement.”

A few weeks ago, the Kenyan government announced that it will close Dadaab and Kakuma refugee camps by November and repatriate 350,000 Somalis and 189,000 refugees from South Sudan and Uganda back across the borders. Speaking at the World Humanitarian Summit in Istanbul yesterday, Deputy President William Ruto said that Kenya will not change its mind about the camp closures.

This is not the first occasion Kenya has threatened to close Dadaab, but the surprise disbanding of the Kenyan Department of Refugee Affairs (DRA) is an act that “caught everyone off guard”, said Pamela Sittoni, editor at the The East African.

Many are skeptical about the planned shutdown taking place. “There is no likelihood whatsoever that they will close the camps,” said Tommy Simmons founder of AMREF Health Africa talking to Vita Int.

“We have seen the announcement from the government so obviously we take it seriously, and continue to work with the government of Kenya. At the moment they have announced the formation of a task force on the issue that is supposed to report back on the 31st May. We will wait for the report and the outcome of it. What is more important for us at the moment is that we continue to ensure the delivery of services to the refugees in Dadaab and Kakuma,” UNHCR Dadaab spokesperson Andy Needham said to Vita International and Afronline.

The Kenyan government stated that it has put aside a budget of $10 million USD for the camp shutdown, however all our sources agree that the Kenyan government does not have the resources to disband the Dadaab and Kakuma camps that have been in Kenya for over 25 years now.

Refugees as political and economic leverage

With the estimated cost of $226.8 million USD required by UNHCR for the 2016 ExCom-approved budget to host the refugees, Dadaab and Kakuma undoubtedly represent a cost to the Kenyan economy. However, according to the World Bank, “Kenya has made significant structural and economic reforms that have contributed to sustained economic growth in the past decade”.

The country has one of the fastest growing economies in East Africa, and Nairobi has been dubbed “Silicon Sahara” for a decade now. The camps represent a cost, yes, but the country receives millions in aid per annum, and the global community is not leaving them to foot the bill alone.

With Kenya having “the potential to be one of Africa’s great success stories from its growing and youthful population, a dynamic private sector, a new constitution, and its pivotal role in East Africa,” and Dadaab and Kakuma being less camps and more fully-formed cities after a quarter of a century, the closure announcement still does not make sense.

However, when taking into consideration the fact that Kenya is currently under intense regional competition from Tanzania and Uganda for investments and resources, and the LAPSSET Corridor project still remains incomplete, the logic behind the announcement begins to become clear.

As a developing country, Kenya is still in the process of addressing challenges of poverty, inequality, governance, and low investment and low firm productivity in order to achieve rapid, sustained growth rates.

“They are taking advantage of a broad international situation whereby the refugee crisis is leading to a lot of compromises all over the place: you have Trump wanting to put up barriers to stop migration from Mexico, the European Union paying 6 billion euros to Turkey to keep them there…if they close down Dadaab and Kakuma, they will be in breach of important international agreements which they have ratified, and which they cannot formally do. They are taking advantage of it to get some resources,” says Tommy Simmons.

In an opinion paper published on Ugandan newspaper The Independent, the Kenyan Principal Secretary for the Interior, which includes National Security, Karanja Kibicho wrote that “facing an existential terrorist threat, we can no longer allow our people to bear the brunt of the international community’s weakening obligations to the refugees”.

The Economist underlined that “Mr Kibicho pointedly mentioned in his article that donor funds are being switched from Kenya to deal with the influx of migrants to Europe. Having seen Turkey secure promises of €6 billion of aid in return for taking migrants back from Greece, Kenya doubtless wants more from the West”.

In the few press statements it has made, the Kenyan government has justified the threatened shutdown by citing reasons of camp security related to the presence of Al-Shabaab terrorist cells. “The Minister of the Interior said that both the attacks on Westgate and Garissa were planned and coordinated from Dadaab, but as far as I can tell he has presented no evidence of this,” said Simmons.

The attacks on Westgate in 2013 and Garissa in 2015 that left 67 and 148 people dead respectively have heightened existing tensions between ethnic Somalis and Kenyans in the country, as well as keeping the country’s terrorist threat level alert high, thanks to the presence of Islamic extremist group Al-Shabaab on Kenyan territory.

“It’s reasonable to assume that there are some Al-Shabaab cells in Dadaab, but from my point of view closing it down and pushing 350,000 people into a desperate situation is going to create even more malcontent,” continued Simmons.

“I think it is worth noting that when refugees get drawn into a debate on security, what UNHCR has always said is that refugees are people who are fleeing from violence and terror, and not causing it,” said UNHCR spokesperson, Andy Needham.

Riding the current global wave of using the rhetoric of security to mask unlawful changes or gain resources, Kenya - much like Turkey - is using the trigger combination of refugees and terrorism to blackmail more money out of an increasingly fearful Europe. If Europe refuses to play ball, the Kenyan government has still manoeuvred itself into a win-win position: if it doesn’t get the resources it wants, it can proceed with ridding itself of the unwanted camps and people that it has long considered as problem and encroachment on its sovereign territory. Checkmate.

According to Kenyan Deputy PM William Ruto, the camps are a “a security threat, are a haven for terrorism and conduit for contraband goods as well as a danger to the environment.”

Life for the refugees in the Dadaab and Kakuma camps for the moment continues as normal. “The refugees become concerned when they hear news like this. What we have done and continued to do is to keep them informed of what the developments are, and continued to provide goods and services and tried to reassure them. There have been no incidents of any sort,” says Needham.

The first World Humanitarian Summit has finished in Istanbul. With so many voices clamouring for attention and Médecins Sans Frontières stealing the show in absentia, Dadaab and Kakuma did not make their way onto the agenda: this despite the risk of their disbandment becoming one of the biggest humanitarian crises we have yet to see, or the money Europe will have to give presenting yet another financial burden to an already overstrained budget.

The Kenyan government’s threatened expulsion of hundreds of thousands of people seems to hold little to no justification other than using human lives as political and economic leverage. In this case, the Andrew Lam from his Letter to a Young Refugee comes to mind: “Life in limbo is difficult and humiliating, but you must remember that being robbed of what you loved does not speak to your weakness or frailty. It only speaks of the inhumanity and fear and hatred of those who caused you to flee and endure in this new dispossessed reality.”