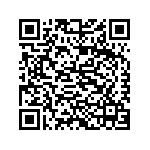 For the upcoming generation of young men and women, feminism is a familiar concept. However, with the gender pay gap in the EU still at 16.3%, and the pension gap averaging 40%, feminist goals of equity in society still need to be achieved. The European Women’s Lobby European Feminist Summer School aims to set up a creative space for young feminist change agents, and build solidarity and empower young feminist activists.

There has been “a new generation of young feminists rising up, innovating and rebooting the fight for equality” states the European Women's Lobby. With a large number of new organisations, initiatives, and campaigns being established throughout Europe, fourth wave feminism has arrived.

With the younger generations taking up the feminist cause, and raising awareness of the widespread issues faced by continued gender inequality in society, from the gender pay gap, to domestic violence and street harassment, the European Women's Lobby have created an opportunity for young feminists to come together and learn from each other's experiences, as well as those of older activists.

The AGORA Feminist Summer School is happening this upcoming 7-11 September aims to reconnect and reinforce young European women’s activism, by encouraging young feminists to work together across borders, in order to “make feminism more inclusive and amplify the voices of feminist networks in Europe”.

Already in its second year, the AGORA program provides "an inclusive space to exchange, to inspire, to reinforce skills through, conferences, skills-sharing, and expertise, facilitated by EWL and partners.”