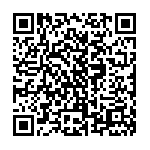 Official development assistance (ODA) from the 28 countries in the DAC averaged 0.30% of gross national income, the same level as in 2014. Measured in real terms – correcting for inflation and for a sharp depreciation in many DAC country currencies against the dollar last year – ODA is up 83% since 2000, when the Millennium Development Goals were agreed.

Countries have had to find large sums to cover the costs of an historic refugee crisis in Europe, and most have so far avoided diverting money from development programmes. These efforts must continue. We also welcome that more aid is being provided to the poorest countries. Governments must ensure that development aid keeps rising. They also need to develop long-term options for meeting future refugee costs and the integration of refugees in our societies, while ensuring at the same time that ODA reaches those countries and people that need it the most.

Funds spent on hosting or processing refugees in donor countries accounted for 9.1% of ODA in 2015, up from 4.8% in 2014, when in-donor refugee costs totalled USD 6.6 billion. The rise in refugee costs did not significantly eat into development programmes, with around half of donor countries using money from outside their aid budgets to cover refugee costs.

An unprecedented 1.5 million refugees claimed asylum in OECD countries in 2015, more than a million in Europe. DAC rules allow member countries to count certain refugee-related expenses as ODA for the first year after their arrival. Three countries – Australia, Korea and Luxembourg – do not count refugee costs as ODA. Others – Austria, Greece, Italy, the Netherlands and Sweden – saw refugee costs account for more than 20% of their ODA in 2015.

The 2015 data shows ODA rose in 22 countries, with the biggest increases in Greece, Sweden and Germany. Six countries reported lower ODA, with the steepest declines in Portugal and Australia. Of the several non-DAC members who report their aid flows to the OECD body, the United Arab Emirates posted the highest ODA/GNI ratio in 2015 at 1.09%.
Only six of the 28 DAC countries - Denmark, Luxembourg, The Netherlands, Norway, Sweden and the United Kingdom – met a United Nations target to keep ODA at or above 0.7% of GNI.

ODA makes up more than two thirds of external finance for least-developed countries and the DAC is pushing for it to be used more as a lever to generate private investment and domestic tax revenues in poor countries. The DAC is also looking at clarifying the rules for which refugee costs can be counted as ODA.

We need to remember that the best way to achieve the Sustainable Development Goals and avoid future refugee crises is to continue the current momentum of aid flows, particularly to the neediest and most fragile countries. I am glad that we have reversed the recent declines in aid to the poorest countries and that most countries aren’t spending large amounts of their ODA on hosting refugees.

Dynamic graphics on donors and recipients since 1960: www.oecd.org/dac/stats/data.htm