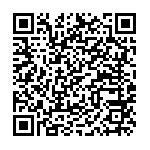 Cast members of the famous HBO tv show join forces with the International Rescue Committee (IRC) to raise awareness on the global refugee crisis and on the plights of the Syrians.

The fictional characters are merciless, power hungry, selfish. In their real life, the actors and actresses starring in the HBO series “Game of Thrones” showed to be caring and committed to social causes.
Some of the stars of the successful tv series, joined forces with the International Rescue Committee in a PSA (public service announcement ), appealing to their fans around the world to donate money to Syrian refugees. The PSA, will run throughout the show's sixth season beginning on the 24th.

The ads, which promotes the hashtag #RealmtotheRescue, will appear online exclusively including on the charity’s microsite, YouTube and social media platforms.The goal is to raise $1 million. The fundraising will start before the 6th season kick off, giving donors of $10 a chance to enter to win two tickets to the “Game of Thrones” premiere.

IRC and cast Game of Thrones are encouraging their fans to learn about the needs of refugees and make a donation at http://www.rescue.org/GameOfThrones

We are currently facing the worst humanitarian crisis since World War II. Our partnership with HBO and Game of Thrones—which premiered around the same time the war in Syria began—hopes to galvanize the general public to take action and rise up for refugees.

According to the most recent UN figures, there are currently more than 60 million refugees and displaced people throughout the world, and nearly 1 million people per month are on the move due to the fallout of the Syrian civil war alone. The IRC is currently providing support to Syrian refugees in Syria, Jordan, Lebanon, Iraq, Turkey, Serbia and Greece. Inside Syria, the organization has reached almost 2 million people with medical care, shelter, emergency supplies and cash assistance, and is also providing classrooms, child-friendly spaces and counselling services for survivors of violence.