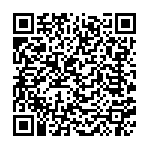 For the first time in history the works of Andy Warhol and Ai Weiwei are presented together in a major new exhibition, at the National Gallery of Victoria in Melbourne, which explores similarities, intersections and differences between the two artists, as well as their influence on contemporary culture.

Chinese artist and activist Ai Weiwei is hitting world news for his political protest and his stand on refugees.
He has recently decided to close his “Ruptures” exhibition in Copenhagen to protest a new controversial law that restricts migration, allowing authorities to seize migrants' valuables and a few days ago he laid on a beach on the Greek island of Lesbos, recreating the image of Aylan, a drowned infant whose body was washed up on a beach in Bodrum, Turkey, and who became the symbol of the Syrian refugee crisis.The artist has set a studio in Lesbos as part of a series of projects to help refugees.

Weiwei has also been involved in a battle with Danish giant Lego.
Last October the multi-national toy corporation declined a bulk order of Lego bricks on behalf of the artist for the Andy Warhol-Ai Weiwei exhibition currently on show in Melbourne at the National Gallery of Victoria.The pieces would serve for Weiwei’s room-scale installation featuring a series of portraits of Australian advocates for human rights and freedom of speech and information.
Lego claimed that they did not want their brand to be associated to political works. Weiwei replied on Instagram their denial is “an act of censorship and discrimination”.
As a result a spontaneous movement from Australia and around the world was born donating their own Lego bricks. Recently, Lego has changed its policy due to a massive protest following Ai Weiwei controversy.

Ai Weiwei's Letgo Room depicts heroes such as Wikileaks founder Julian Assange, Aboriginal people activist Gary Foley, domestic violence spokesperson Rosie Batty and formerly jailed al-Jazeera journalist Peter Greste. Two million bricks of fake Lego complete the work, as there was no time to use the donated pieces.
Ai Weiwei will gift his artwork to the NGV and the collected pieces will be used to produce a future work of art.

Andy Warhol-Ai Weiwei (the two artists also share the same initials), creates a constant dialogue between two exemplary artists of the twentieth and twenty-first century, showing similarities and differences between them, as well as their influence on contemporary culture.

Developed by the National Gallery of Victoria and the Andy Warhol Museum in Pittsburgh, with the participation of Ai Weiwei, the exhibition, which will be running until the 24th of April, presents more than 300 art works from the two artists.  After Melbourne the exhibition will be travelling to Pittsburgh, Warhol's city of birth, in June 2016.

Works span a wide spectrum of media including paintings, sculpture, screen prints, installations, film and video, photography, publishing and social media.
A series of major new commissions by Ai Weiwei is also on show, including an installation from the Forever bicycles series, composed of nearly 1500 bicycles, a five-meter tall sculpture from Ai Weiwei's Chandelier series of christals and lights; Blossom 2015, a big, spectacul installation in the form of a bed of thousands of white porcelain flowers, as well as the Letgo Room.

While Warhol represents, as the curators say, “twentieth century modernity and the ‘American century’”, Ai Weiwei personifies “contemporary life in the twenty-first century and what has been heralded as the ‘Chinese century’ to come”.

Ai Weiwei admits the influence of Andy Warhol on his art. He first got to know about Warhol while living in New York, from 1983 to 1993. The first book Ai purchased in New York was The Philosophy of Andy Warhol (From A to B & Back Again) and in 1987 he took a picture of himself in front of the famous Andy Warhol multiple self –portraits, adopting the same gesture.

Similarly, as Ai went to New York, Andy Warhol had been on a trip to Beijing, and "he couldn’t believe", as Weiwei reports to The Guardian, " in that whole society at the time, maybe nearly a billion people, not a single one knew who Andy Warhol was. That shocked him the most.”

Both artists have the desire to relentlessly document their lives and times .They both engage in communication and media and they have both cultivated celebrity.

Warhol has been considered a precursor of social media, while Ai Weiwei, coming back from New York to China, was introduced to the Internet and discovered blogging. His blog, which was shut down in 2009 by Chinese authorities, is one of his best-known art activities.

The internet “totally changed my situation", says Ai Weiwei, "because, finally, I found this most precious gift that allowed somebody like me, who had already lost all hope of communicating, a new opportunity to express myself. I was completely drawn into it. I spent day and night on the internet, discussing and sharing ideas about current events. That moment was when I felt closest to Warhol. His writings were similar to the 140-character messages on Twitter. I began creating documentary films, taking and posting a lot of photos online, and ended up participating in more interviews that Warhol ever did.”

As Warhol was inseparable from his tape recorder and camera, Ai Weiwei is an Instagram “prophet” and says: “I think my home is on the internet”.

The NGV exhibition is also about entertainment.
Because Ai Weiwei and Andy Warhol both share a love for cats and they have both portrayed them in their art - Warhol had 25 of them living in his studio, and Ai has about 30 of them as well in his studio, there is a section on cats in the exhibition: Studio Cats.