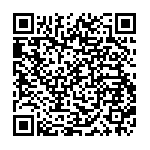 A new ILO statistical study provides estimates on labour migration, including regions and industries where international migrant workers are established and a special focus on migrants in domestic work.

This analysis represents a significant contribution by the ILO in supporting member States to deliver the 2030 Agenda for Sustainable Development, particularly in respect to targets within Goal 8 on protecting all workers, including migrant workers, and goal 10 on the implementation of well managed migration policies. Decision makers will now have real data on which to base their policies

This estimate study shows that the vast majority of migrants migrate in search of better job opportunities. By applying a robust methodology we believe it will add significantly to our knowledge base on migration and provide a strong foundation for the development of effective migration policies

In general, migrants are more likely to be in the workforce than their national counterparts. These higher labour force participation rates are essentially associated with the higher proportion of migrant women in the workforce. The data used to calculate estimates in the report refer to migrant workers in the country of destination and measure the migrant numbers in 2013. Data from 176 countries and territories representing 99.8 per cent of the world working age population (15 years old and over) have been included in the study.

In many ways the migration issue is centre stage in the 2030 Development Agenda for Sustainable Development . Migrants need work but it’s equally certain that in coming years many destination economies will need new workers. The world will need more and better data and indicators to track these flows and this report sets a new standard in the quest to have sound global figures to guide policy makers

The report comes as the ILO marks the 40th anniversary of Convention 143, the Convention concerning Migrations in Abusive Conditions and the Promotion of Equality of Opportunity and Treatment of Migrant Workers adopted by the International Labour Conference of 1975.