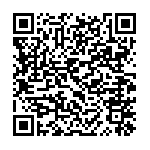 The world's largest fast food chain grilled over for its alleged abuse of its power over franchise partners.

A coalition of associations representing consumers (Movimento Difesa del Cittadino, Cittadinanzattiva and Codacons) have filed a complaint to the European Commission on Monday against McDonald's. According to the complaint , the chain of fast food restaurants is abusing its dominant position in the European market. The way McDonald's is operating, they argue, is anti-competitive.
If the accusation is confirmed, McDonald's would risk a maximum sanction of up to 10% of its overall turnover. Considering the data related to the 2014 McDonald’s revenues, the company would be liable for 9 billion dollars. The European Commission could also ask McDonald to remove all the constraints that are impeding free competition.

McDonald's exercises an excessive and disproportionate control on its franchisees by implementing conditions that exceed without justification what is required for the protection of its system, its know-how and reputation," the group said in its 46-page complaint seen by Reuters news agency.

The world's largest fast food chain, indeed, it is not a company that is just selling hamburgers. It is also the main licensee of the franchise and the largest real estate owner in the world. It is alleged that most of its revenues in Europe are generated just from rent business division: 66% of the profits received from franchisees derives from rents that are up to ten times higher than the market prices. They are also significantly higher than those paid by competitors. In France, for example, McDonald's licensees pay 84 % more than the amount paid by operators such as Quick , the largest chain of fast food across the Alps . The margins arising from the real estate sector would range between 63 and 77% in France , between 61 and 77% in Italy and between 65 and 74% in the UK .
To give a concrete example, the complaint cited a survey showing 97% of menu items cost more in franchises than in company-operated outlets in Bologna. In Rome, that figure was 68% and in Paris it was 71%.

According to the three plaintiffs, «this report shows how the anti-competitive practices and the company management do harm consumers . We urge the European Commission to examine the system of franchises operated McDonald's and to take all necessary measures to put an end to the rules imposed to franchisees that do consumer so much harm».