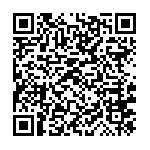 Vita’s new platform Afronline.org, launches a new editorial initiative together with 25 African independent media all over the continent. The goal is to raise public awareness through reports, analysis, opinions, radio and television programmes on peace and security, inter-religious dialogue and migration in Africa. The project is supported by the Directorate General for Globalization and Global Issues (DGMO) of the Italian Ministry of Foreign Affairs and International Cooperation (MAECI)

From Senegal to Somalia, through to Mali, Niger, Burkina Faso, Cameroon, Benin, the Democratic Republic of Congo, Burundi, the Central African Republic, Tanzania, Kenya, Ethiopia, Somalia and Mozambique, with an audience of 30 million readers, listeners and viewers, Vita’s news platform Afronline will support its media partners in the (co)production of analyses, comments, reports, and special programs on crucial issues to the future of the African continent, such as peace and security, inter-religious dialogue and migration.

A project that strengthens an established network

“This project will allow us to consolidate our partnership with independent media in Africa that started six years ago. I am thinking particularly of the very fruitful collaborations we have had with newspapers and radio stations in the Sahel, of our commitment to the fight against Ebola in Guinea, and our work in the Great Lakes region with the agency Infos Grands Lacs,” underlines Riccardo Bonacina, the President and Editorial Director of Vita Group, Afronline’s publisher.

“Never as much as now has the media in Africa, especially in areas most at risk, needed support to strengthen their editorial offering and raise public opinions on the challenges that the African continent faces in this increasingly complex international reality. In addition, there is a very important aspect in our network that we care about: the journalists we work with know that they can count on us in case their rights are violated. We did not hesitate to denounce in partnership with Reporters Without Borders and the NGO Panos Grands Lacs the attacks last May on our radio partners in Burundi, or the risks the refugee journalists of Radio Shabelle faced when they were subjected to death threats even in Europe.”