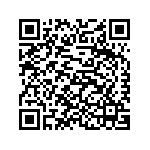 If I were to ask you what are the biggest global problems facing us right now, what would you say?

Would ‘barriers to trade’ even figure? Didn’t think so.

Personally, I find it hard to believe it would make anyone’s top 3. Climate change, on the other hand …

Perhaps this explains why I found this recently leaked document so concerning. Bear in mind that it was produced by the people in charge of negotiating the EU’s climate commitments. One paragraph in particular stands out. Let me break it down for you:

As a matter of principle, the [United Nations Framework Convention on Climate Change] UNFCCC is not the appropriate forum to discuss trade measures and to elaborate on additional disciplines. The [World Trade Organisation] WTO is the established international body tasked with this purpose, and any decision regarding the use of trade measures under the UNFCCC would undermine this role.

The WTO is certainly the place to go if you want to talk about further liberalising global trade. But when it comes to discussing whether the international trade regime needs to wind its neck in, then no… probably not. As to whether discussing trade measures under the UNFCCC would undermine the role of the WTO, well yes… but for many that is indeed the point.

The EU argues that the UNFCCC (Article 3(5), which provides that measures taken to combat climate change, including unilateral ones, should not constitute a means of arbitrary or unjustifiable discrimination or a disguised restriction on international trade), and the Kyoto Protocol (Article 2(3), which provides that developing countries shall strive to implement policies and measures in such a way as to minimize adverse effects on international trade) already contain the necessary provisions on the trade-climate relationship.

Here, the Commission’s climate team are effectively arguing that trade should not figure in the climate negotiations because the current provisions are already restrictive enough. This should be understood as them saying, ‘We’re not of the mind to make it even more difficult to do our job’. Fine.

More concerning is the assumption underpinning their argument.

Their framing implies that the only reason anyone would want to discuss the link between climate and trade would be with the aim of tightening the restrictions. Nowhere do they concede that other countries may wish to debate trade policy because the international trading system has, on occasion, made it more difficult for governments to act on climate change.

Action to stave off catastrophic climate change is portrayed as something that must be tempered so as not to undermine the ability of countries to sell goods and services to each other, God forbid. The reverse is not even considered.

Clearly the Commission’s ‘What are the biggest problems facing us right now?’ list reads quite different to mine.

Practically speaking, government action to combat climate change often requires trade-offs between competing interest groups. The approach that proves most palatable within domestic politics may not always endear itself to foreign investors and exporters. This conflict of priorities has already led to renewable energy schemes being challenged and felled by international trade tribunals.

Knowing this, the Commission’s climate team’s apparent acceptance of the status quo, by which climate obligations must skulk in the formidable shadow of the international trading system, strikes me as remarkably short-sighted. Indeed, in pursuing new trade deals, such as the Transatlantic Trade and Investment Partnership, the Commission appears hell-bent on exacerbating the problem further.

Some would say that all of this is exactly the sort of thing that should at the very least be discussed when negotiating multilateral action on climate change. Some would say …

This revelation does not mean action on climate change is doomed to fail. That story is ongoing, and still has (rapidly diminishing) time for a happy ending. However, it does leave me feeling uneasy. Should climate policy really be subservient to trade considerations? Is it right that climate policy has to justify itself on anything other than its own considerable merits?

I think not. How about you?

This blog entry was originally published by Friends of the Earth UK.

Sam Lowe is a Trade Campaigner for Friends of the Earth.