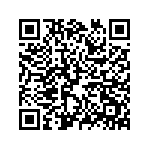 Tesfalidet Tesfom is the actual name of the Eritrean migrant who passed away the day after his disembarkment at Pozzallo on the 12th of March from the ship Proactiva of the Spanish NGO Open Arms. After having struggled between life and death at Modica’s hospital, in his wallet beautiful and heartbreaking poems were found. His story and his poems exclusively for Vita.it

The migrant’s song of woe fleeing from Libya is enthused by some verses whispered over a patch of land in the cemetery of Modica.

Next to the cross, where the name of Tesfalidet Tesfom is engraved in pencil, there are now some yellow flowers, a bunch of chrysanthemums, a plant of ranunculus and some small roses, while only a whiff of wind translates a request of help unheard of yet.

Tesfalidet is Segen’s actual name, the Eritrean migrant who passed away the day after his disembarkment at Pozzallo on the 12th March from the ship Proactiva of the Spanish NGO Open Arms. His frail arms, his hollow cheeks, his glance full of sorrow will be unforgotten, as will the efforts of the rescue workers, the doctors, the military and the volunteers to save that young man who on his arrival weighed only 30 kilos. In the Tigrinya language, Segen is a woman’s name, a nickname given those who have a long neck like that of an ostrich or a camel, or like those who live in the village of Mai Mine, the place which Segen left, devastated by the latest war with Ethiopia which occurred between 1998 and 2000.

After having struggled between life and death at Modica’s hospital, in his wallet a tattered piece of paper was found in the Tigrinya language still soaked in salty air and later on kept as a relic at the hotspot of Pozzallo where the director, Mrs. Emilia Pluchinotta, thought to track down his parents: «I shall endeavour to personally deliver these poems to Segen’s mother».

The poems by Tesfalidet Tesfom are kept as an artefact, in a plasticized envelope where the letter G and the number 1 is written, the code that identifies the very first migrant out of 42 who disembarked the ship.

Tesfalidet could barely stand on his legs when a doctor, Mr Vincenzo Morello of the Usmaf Health Ministry, in charge of the arrivals clutched him in his arms like a child: «I asked him why he was in those pitiful conditions and he repeated Libya, Libya» says the doctor.

While the skin and bones of the migrant upholds itself on the sturdy arms of the doctor, Segen’s song of woe echoes in the harbour: «Don’t panic, my brother/ tell me, am I not your brother/ why don’t you ask about me?/ Is it really that nice living alone if you forget your brother in the moment of need?”»writes Tesfalidet in the opening lines of the first poem.

An endless cry «nobody helps me nor is there anyone to console me/ I have nothing now because in this life I have found nothing”», which is tied to the testimony of Merawy, the Eritrean friend who was the last to pay a visit to Segen in hospital before he faded away.

“Vita.it” has tracked him down while he was on a train pulling off from the station of Ragusa and heading for Northern Italy: “He barely had a whisper of voice and in those brief moments he confessed that it was Libya that had killed him. He told me that all the migrants were crammed in a room in the detention camp of Bani-Walid, they urinated and emptied their bowels in the same room, the women were sexually abused, the men were beaten, nobody could wash and he was fed once or twice a day. Then the doctors told me to go away and Segen died shortly after,” adds the Eritrean friend, he too tracing the family members.

Tesfalidet has passed away from malnutrition and from an advanced state of tuberculosis which had perforated a lung: “«n the recent period the migrants who manage to arrive are more and more undernourished, sick, over 90 per cent of them with scabies and tuberculosis» explains Mr Angelo Gugliotta, a doctor of the Misericordia who is always present at the disembarkments.

«The health conditions are more and more pitiful due to the long periods spent in the detention camps in Libya, this year we have had a boy that weighed only 18 kilos», adds Carlo Parini, the person in charge of Gicic (Group of contrast for clandestine immigration) of the Prosecution of Syracuse.

Segen has died in Italy as a consequence of the conditions in Libya.

His poems confirm such theory when in his neat handwriting Tesfalidet describes the men «far from peace/ in the grips of Satan/ who feel no pity or sympathy. They feel superior, they pretend not to hear, they only like to appear at the eyes of the world».

For the Eritrean priest Don Mussie Zerai, who is already a candidate for the Nobel Prize, there are no doubts whom those verses are addressed to: «I would like to see Segen’s photo displayed in all the Home Ministries of the European Union. The EU regards Libya to be a safe place where the illegal migrants can be repatriated, a country from which Segen arrived in desperate conditions after months and months of segregation. When I saw his images it was as if the clock turned back 80 years, when in documentaries we have seen people with just skin and bones come out from Nazi concentrations camps», says Don Zerai.

The first poem by Segen recalls the Biblical verses of Genesis uttered by Pope Francis during his first trip as Pontiff to Lampedusa in 2013: «Where are you Adam? Cain, where is your brother?».

In the finishing lines of his poem, the Eritrean migrant lets everything depend on the Lord:
«If I am tolerant, this does not mean that I am satisfied/ but you and I (brother) shall obtain victory trusting in God’s will» or «nothing is unreachable/ both if one has little or nothing/ everything can be solved/ trusting in God’s will//Bye, Bye. Victory to the oppressed».

Signed: Tesfalidet Tesfom, from Mai Mine.

Time, you are my master
Time, you are Master
for those who love you
and for those who don’t
you can tell the good from the evil
those who respect you
and those who don’t disregard you.
You strengthen me without getting worn out
you teach me courage
how many ups and downs we have together faced
you have conquered victory
and turned it into a masterpiece.
You are like a book, the endless archive of the past
only you will say who was right and who was to blame
because you know the traits of each one of us
those who are cunning, who works behind your back
those who seek for an excuse
thinking you don’t know anything about them.
Every day that elapses
men’s blunders accumulate
far from Peace
clutched by Satan,
human beings who don’t know pity
or a scrap of sympathy
because they deny Peace
and have chosen Evil.
They consider themselves superior,
they pretend not to hear
they only like appearing at the eyes of the world.
When you get closer to ask for help
you obtained a void from them,
they can’t feel the last sorrow
but to my people, to my brothers
one only thing I can say:
nothing is unreachable
whether one has a lot or nothing
everything can be resolved
with the trust in God.
Bye, Bye, Victory to the oppressed.

By Tesfalidet Tesfom of Mai Maine

Don’t panic my brother
Don’t panic my brother
tell me, am I not your brother?
why don’t you ask about me?
Is it truly so nice to live alone
if you forget your brother in the moment of need?
I look for your news and I feel suffocated
I can’t even make lost calls
I beg for help
life with its temporary problems
is too much of a burden
Please my brother, try to have sympathy
I ask you so as you are my brother,
I beg you to help me
why don’t you ask for my news
am I not your brother?
Nobody helps me,
and nor do they console me
one can receive hard blows from life
but to forget one’s own brother is not honourable,
time flies away with remorse,
I do not hate you
but it is always better to have a brother.
No, don’t tell me you have chosen solitude
if you exist it’s because you are
with your false promises
while I am always looking for you,
Would you have been so cruel
if we had been children of the same blood?
I now have nothing
because in this life I have found nothing
if I am tolerant this does not mean
I am satisfied
because each one of us will have one’s prize
you and I my brother will become winners
trusting in the Lord.

By Tesfalidet Tesfom of Mai Maine

This article by Alessandro Puglia was published on the 10th April 2018 in the Italian online newspaper Vita : L’inferno libico nelle poesie di Segen. Vita has won the Migration Media Award (MMA) 2018 for online journalism, for this reportage by Alessandro Puglia.
Founded by the European Union, the Migration Media Award recognizes and rewards the journalistic excellence of press pieces dealing with migration in the Euro-Mediterranean region in all its aspects.