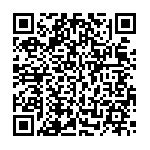 Since assuming leadership of the European Socialist and Democrats Group (S&D) in the European Parliament, Gianni Pittella has committed to make Africa "an absolute priority of our group". Today the S&D Group president will be inaugurating the launch of the Africa Week: an initiative of the S&D - of which Vita international is a media partner. From 5-11 April, experts, deputies, civil society leaders, Europeans and above all Africans will be discussing the future of the continent.

President Pittella, what can you tell us about your second mission to Africa?

I believe that the journey between Europe and Africa still has a very long way to go. If we really want to resolve the common global challenges that Africans, Europeans, and all global citizens have to face, we cannot put aside a medium-to-long term program of real political partnership between our two continents.

Why do you believe it is so important to commit to Africa?

Many of the problems that affect Europe start here, in Africa. I am referring to wars, poverty, political instability, and the high and diffused levels of violence and lack of security on the African continent. I'm also referring to the social inequality that has grown in the last decade, notwithstanding the fact that many African countries have and continue to demonstrate a growing economy that we here in Europe can only dream of. These are the problems that fuel terrorism and irregular migration, which puts the lives of thousands of Africans at risk. If we do not intervene with an ambitious political strategy, we will always be forced to act with emergency measures. Let me make it clear that I am not referring to the follies of the far-right politician Matteo Salvini, which only aim to satisfy a certain type of electorate, by building walls everywhere in order to protect the European frontiers. Rather I am speaking about the importance of intervening in Africa in order to help Africans face the challenges that affect us now too.

Envisaging a global strategy that ignores Africans is myopic, if not downright stupid.

What ties are there between the attacks on Paris and Brussels, and those occurring on the African continent?

The profiles of the terrorists that blew themselves up in the Brussels airport or at Bataclan (Paris), and those who have done the same in the markets of Maiduguri in Nigeria are different, of course. However, terrorists disseminate death in the name of a religion that has nothing to do with violence. The attacks that have hit the heart of Europe and many African countries are part of a terrorist network that - in different latitudes - can be traced back to ISIS, Al-Qaeda in the Maghreb, Boko Haram, and Al-Shabab: all groups that spread hate and terror, and share a common will to destroy values, like peace and democracy that unite European and African citizens alike.

In your view, what strategy should be implemented to face the terrorism and migration challenges in Africa?

First of all, I don't believe it is correct to aggregate the two. In Europe, we are seeing the diffusion of a dangerous view that places terrorists and migrants arriving on the European continent in the same category. From Syria to Libya, from Eritrea to Somalia, those who leave their country are doing so in order to escape war, political instability, dictatorship and extreme poverty. They are certainly not arriving here to attack Europe. It is important to remember that 80% of African migration occurs internally on the continent, with only 20% of migration to the rest of the world, including Europe. At the same time, the majority of migration flows come from conflict zones like Syria, areas of great political instability like Libya, or those with extreme poverty like in Sub-Saharan Africa, where social inequality and discrimination is extremely widespread. It is precisely these territories that give birth to Jihad terrorists. All of these cancers can be conquered only through political cooperation between the EU and Africa.

For many years now, Europe has presented itself as "the first international donor in Africa", whilst the political dialogue between the EU and African countries struggles to produce tangible results. How do you explain this paradox?

It is extremely important to contribute to African development through European financing, however we continue to send out the wrong messages to Africans, through a lack of policy coherence. Let's take the example of the Trust Fund for Africa adopted at the EU-Africa Valletta Summit on migration: in Malta, the European Commission and the EU Member States focused on financing projects and programs dedicated to tackling the root causes of irregular migration. Up until now, the amassed funds total little more than 1.8 billion euros, and are destined to be received by 28 African countries between 2015-2020. This seems like a huge sum, but it is not much when you compare it to the 6 billion euros promised to Turkey from now until 2018 in order to stop the migration flows to Europe. Numbers aside, aid is not enough to create a strong relationship with Africa. Change can only occur through a partnership that will allow Europe to become a partner in the construction of both physical and immaterial infrastructures, as well as education programs and research and development, in order to facilitate women and young people’s access to the job markets, and the defence of democracy, human rights and media pluralism. Essentially, the EU needs to be the absolute protagonist, standing side by side with the forces that are moving in this same direction in Africa, and it needs to avoid continuing to engage in petty deals with dictators and political leaders that don't act for the good of their countries, but only with the objective of obtaining profits from African natural resources.

It is important to remember that 80% of African migration occurs internally on the continent, with only 20% of migration to the rest of the world, including Europe.

In the previous legislature, Africa was a subject on which the Liberals placed a great deal of attention. Now it is your group's turn. How do you justify this new stance taken by the Socialists and Democrats with regards to Africa?

I’m convinced that the destiny of Europe and that of the African continent are intimately linked. Perhaps it is the fact that I am Italian which pushes me to have a greater sensibility with regards to the issues faced by Africans. However, it is also the current geopolitical situation which pushes us to not ignore Africa: I also include the Balkans in this, which is the second pillar of my political agenda. The first great battle that we launched alongside Cecile Kyenge, Marie Arena and Linda Mc Evan was that of conflict minerals in Central Africa, where we have thus far obtained some positive results. This area symbolises the most extreme violence that occurs on the African continent, in the context of a reckless globalisation. In the east of the Democratic Republic of Congo (DRC), men, women and children are being exploited in mines controlled by criminal military groups and the mafia. They control minerals that are extracted and then exported to Europe with the consent of multinational companies who produce mobile technologies like cellphones. The devices that each of us use to call friends, family and colleagues are stained with blood. In order to counteract the devastating violence inflicted upon thousands of women and children, it is necessary to trace the production and commercialisation of the minerals' value chain sourced from conflict zones like the DRC towards Europe and the rest of the world.

If we really want to resolve the global challenges that unite Africans, Europeans, and all global citizens, we cannot put aside a medium-to-long term program of real political partnership between our two continents.

With the arrival of Matteo Renzi as Prime Minister, Africa has become an absolute priority in Italian foreign policy. Observing from Brussels, how do you view this renewed interest from Rome towards the African continent, and what role could the Italian government take in order to advance the African agenda in the European institutions?

There is full harmony between what Prime Minister Renzi is doing, and our parliamentary group strategy. Both are convinced that Africa is a young continent that can offer a lot to the world. Envisaging a global strategy that ignores Africans is myopic, if not downright stupid. Thankfully, in Italy they are neither myopic nor stupid, and they are working in the right direction.

What is the scope of the Africa Week organised by the European Socialist and Democrats Group in the European Parliament, and what are the results that you aim to achieve?

Africa Week is not an advertising campaign for our group, and it is not our intention to put out African flags in the middle of the European Parliament to promote ourselves or our agenda in the media or with public opinion. We want to engage in serious politics with Africa. This means going out to the field, meeting with the main actors - both the good and the bad - that are moving the continent, and those defending the most vulnerable. This also means carrying out intense work in the committees of the Parliament, including the Development Committee (DEVE), as well as in the EU-ACP (Africa, Caribbean and Pacific) Joint Parliamentary Assembly, of which MEP Kyenge is vice-president, with the support and dedication of our MEPs. Africa Week is an important part of our strategy. It is an opportunity that allows us to welcome Africans here. After all, the change will come from them, and we have to sit down and face each other if we want to understand Africa, in order to dialogue in a context of absolute equality.