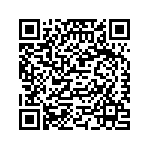 It is called Action Tank and it is a French non profit association born in 2010, with the mission to develop social enterprise programmes in order to lower poverty and exclusion in France, where today about 14&% of the population lives below the poverty line. The uniqueness of its model resides in the interaction of three different players: private and public figures and the academic world.
Born on the initiative of Danone, it is only supported by private funds, by other big French enterprises, such as Total, Renault, Essilor, EDF, Veolia and Sodexo. Each one donates from 25 to 50 thousand euros per year.
An HEC business school graduate, Jacques Berger has been directing Action Tank since 2011.

How was Action Tank born?
Action Tank is the result of the meeting between Emmanuel Faber, now ceo of Danone, and Martin Hirsch, who has been President of Emmaüs France, and also High French Commissioner for the Fight against Poverty. Hirsch is one of the key figures in the fight against exclusion in the French institutional panorama.
HEC Paris Social Business-Enterprise and Poverty Chair has also co-founded the Action Tank. The honorary president of Action Tank is Muhammad Yunus, Nobel Peace Laureate 2006.
Danone is a peculiar enterprise because its historic “father”, Antoine Riboud, had already said in the 70s that enterprises had to benefit not only shareholders but also their employees. Faber is convinced that by 2030 enterprises of a certain size will no longer be able to say: “Our field is economics, the social field is the State's”.

How do you work with enterprises?
We don’t do philanthropy. We stimulate enterprises so that they produce products for disadvantaged categories at lower prices. We want to show enterprises that they have a strategic, not just economic, interest to work with us. Together we think about the design of a project, that is, on how to use certain characteristics of a product for certain categories of people. Then we try to establish the price and finally we identify which partners they need in order to launch the project. They are generally social partners that know which target to aim at very well. The product remains the same.

Is the price the only thing that changes?
Yes, we lower the entry price to certain products and we act in such a way that enterprises neither earn nor lose money. These programmes don’t bring extra profits to enterprises. This way we create a social change both inside enterprises where sensitivity is increasing, as the model of social enterprise creates a strong motivation in employees, and naturally outside the companies.

How many people work at Action Tank?
The Action Tank team is made up of 8 people. It also has a broader network of partners, in France and abroad of about 800 people.

Is there a project you want to quote as an example?
We are still in an experimental phase. Although social housing is an area where there are good perspectives. Of course it is not possible to offer at hypothetically 50, houses that are worth a 100. But if we change the way we build, produce and conceive housing then we have room to move. Last year Action Tank, in cooperation with an important social housing constructor in France, founded a company whose scope is to experiment building techniques that we want to test.

Can the Action Tank model be exported?
I don’t see why not. For instance in Italy we have contact with the Accenture Foundation, that is very interested in our approach. The point is to see what can be replicated abroad to create another Action Tank. In my opinion it is essential that there are three players working together: private, public and the academic world. That is what makes our model unique.