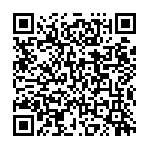 The European Economic and Social Committee (EESC) backs a number of Commission proposals to speed up European recovery, underlining that the involvement of civil society organisations is essential

The European Economic and Social Committee (EESC) backs a number of Commission proposals to speed up European recovery, underlining that the involvement of civil society organisations is essential.

The EU must do more for the recovery from the coronavirus pandemic and do it quickly, showing solidarity and an ambitious vision for the future of Europe. In three opinions adopted at the July plenary session and a position paper, the Committee throws its support behind and calls for the swift approval of the recovery proposals put forward by the European Commission, including the revised 2021-2027 EU budget. The objective is to revive the European economy as soon as possible, ease unnecessary administrative burdens at the national and European levels, support sustainable and digital growth and, lastly, help companies in the recovery stage.

Recovery plan for Europe and the 2021-2027 Multiannual Financial Framework

The opinion drafted by Petru Sorin Dandea, Tommaso Di Fazio and Petr Zahradník backs the Commission's Next Generation EU initiative, as a specific tool for prompt and effective action. In particular, the Committee supports the decision both to include the temporary EUR 750 billion recovery instrument as part of the Multiannual Financial Framework and to raise a common debt, which will be repaid over a long period of time. In that way, the heavy financial burden will be prevented from falling immediately on the Member States, which have all been affected by the negative economic and social effects of the pandemic.

In this respect, Mr Zahradník said: We praise the Commission, which has come up with the solution to take advantage of the EU's high credit rating on the financial market to raise, in successive tranches, very long-term common European loans with low interest rates for all Member States. The financial effort must help to revive the European economy as soon as possible, restore confidence and build a more sustainable and fairer Union.

On the same page was Mr Di Fazio, who underlined that the economies of the Member States can no longer resist the adverse effects of the crisis on their own because they are all highly dependent on each other, due to the many years of consolidation of the single market, which has had the positive effect intended by the EU's founders and the founding Treaties. It is necessary at this stage to avoid mutual negative repercussions, providing solidarity to the countries that have been most affected by the pandemic and that have weaker economies.

The EESC also supports the Commission's proposal for the EU budget to be funded by additional genuine own resources based on different taxes, such as revenues from the EU Emissions Trading System, digital taxation and large companies' profits. During the debate, Mr Dandea stressed that the huge financial support required by the EU Member States to overcome the economic crisis should be accompanied by a more ambitious fiscal reform project - a Fiscal Union - aiming to set up a harmonised tax regime based on the principles of fair competition and solidarity and to avoid the distortions and discriminations existing in EU countries, which have led to opportunistic behaviours by both States and individual taxpayers and have undermined the unity of the single market.

With reference to cohesion policy, the EESC supports the Commission's REACT-EU initiative and, in the position paper put together by Antonello Pezzini, recommends eliminating all possible administrative barriers and burdens, in both national and European public administrations, and immediately pre‑financing the Member States with at least 70% of the resources for the year 2020.

The deployment and coordination of effective measures are vital to save the single market and the European economy, as the current triple threat – uncontrolled pandemics, inadequate economic policy programmes and the geopolitical "black swan" (an extremely unpredictable event) – could push the global economy into a long-lasting depression. Against this backdrop, Mr Pezzini warned that The EU must lead the way with clear and simplified guidelines and transparent user-friendly and unbureaucratic information. It is of crucial importance to ensure prompt responses, the immediate mobilisation of funds, extraordinary flexibility, enforced direct technical assistance, simplified procedures and an exemption from heavy requirements, and greater capacity-building efforts. This needs to be done in a way that avoids social, economic and financial imbalance between the EU's regions.

The opinion drafted by Dimitris Dimitriadis backs the Commission's proposals to promote the EU's economic, social and territorial cohesion in the aftermath of the COVID-19 crisis by providing direct large-scale financial support to Member States for public investment and reforms. More specifically, this innovative tool aims to make national recovery and resilience plans easier to implement, offering loans with long-term maturities, with a view to supporting the green and digital transitions, helping to restore the growth potential of the Member States' economies, fostering employment creation and promoting sustainable growth.

Emphasising the need to enhance the role of civil society organisations, Mr Dimitriadis was sharp: The Green Deal and Digital Europe are the main features of Next Generation EU: the first represents the most important European sustainable growth strategy, while the second is central to re-creating growth in the EU. The views of the social partners and civil society organisations should be integrated into the plans submitted by the Member States. We call for a more active role for organised civil society when it comes to obtaining agreement between the Commission and the Member States on the content of the reform programmes.

Finally, in the opinion by Ronny Lannoo, the EESC welcomes the proposed strengthening of the InvestEU programme and the creation of the complementary Solvency Support Instrument and emphasises that sufficient funds need to be available to support companies in the recovery stage, especially micro-, small and medium-sized enterprises. Only a swift agreement on these proposals will ensure that both programmes can be quickly operational.

On the sidelines of the plenary session, Mr Lannoo commented: Focusing on long-term investment projects of high public interest and sticking to sustainable development criteria is key. It is crucial that the COVID-19 crisis does not steer the EU away from its medium- and long-term objectives, such as the European Green Deal, the 2020 Sustainable Growth Strategy, and the European Pillar for Social Rights. In this regard, the InvestEU programme is particularly well‑placed to provide long-term funding and to support the EU's policies in the recovery from a deep economic and social crisis.