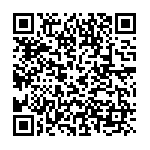 Launched by the European Economic and Social Committee (EESC), this year the prize, rewarding excellence in civil society initiatives, is dedicated to the theme of gender equality. Final date for applications is 6 September

The European Economic and Social Committee (EESC) is inviting civil society organisations and individuals across the European Union to apply for its flagship Civil Society Prize. This year, it is honouring initiatives that fight against gender stereotypes by championing equal opportunities for women and men and their equal treatment in all spheres of economic and social life. The deadline for entries is 10 a.m. on 6 September 2019.

The EESC – which gives a voice to trade unions, NGOs and employer organisations at EU level – launched the call for entries for the prize, totalling EUR 50 000, in June. The prize will be awarded to a maximum of five winners at the award ceremony that will take place on 12 December 2019 in Brussels.

The EESC Civil Society Prize is open to all civil society organisations officially registered within the European Union and acting at local, regional, national or European level. Individuals can also apply. To be eligible, initiatives or projects must have already been implemented or be still ongoing.

More abouth the theme of this year’s prize
The EESC will this year be awarding its Civil Society Prize to outstanding projects and initiatives covering at least one of the following issues:
- fighting against or raising awareness of gender stereotypes, discriminatory social behaviour and prejudice in all spheres of economic and social life
- raising awareness of the consequences of gender stereotypes produced by media content;
- promoting participation of women in traditionally male-dominated occupations, such as in the STEM and ICT sectors, and combating gender segregation in education
- combating the gender pay and pension gaps
- promoting female entrepreneurship, equality in decision-making, women's economic independence and work-life balance
- addressing the specific challenges facing vulnerable women such as single mothers, women with disabilities, migrants, ethnic minorities or low-skilled workers.

About the civil society prize
The Civil Society Prize, now in its eleventh year, was launched by the EESC to reward and encourage initiatives and achievements by civil society organisations and/or individuals that have made a significant contribution to promoting the common values that bolster European cohesion and integration. In 2018, the prize focused on identities, European values and cultural heritage in Europe.

The full description of requirements and the online application form are available on the following EESC's webpage: http://www.eesc.europa.eu/civilsocietyprize/