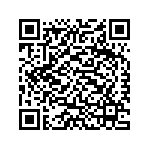 Farmerline is a start up founded in Ghana in 2013 by computer scientist Alloysius Attah. It sends voice messages to over 200,000 farmers in 10 different countries.

Farmerline is the voice app helping small cocoa farmers with low levels of literacy to grow better. Founded in Ghana in 2013 by Alloysius Attah and by Emmanuel Owusu Addai, two young information scientists, it is an app sending messages to farmers in their different local languages. Farming is a very important element in Ghana’s economy: it contributes to the 22% of GDP and it employs 42% of its workers. In particular Ghana is the second country in the world to produce and export cocoa beans, after the Ivory Coast.

«Driven by a growing utilisation rate of mobile phones by farmers in Africa, the two founders of Farmerline have decided to help small cocoa farmers to have access to farming information through mobile technology», as explained by an article published on Wired.
It’s about improving the access to information of small farmers through mobile phones, to improve the yield of the harvest.
The farmer receives on his voice message a message in his local language on weather forecast, prices of the market, advice to better grow lands and to manage the budget.

Since its foundation Farmerline has developed a lot and has expanded its network, sending messages to more than 200,000 farmers in ten different countries to help them better grow.

The success of Farmerline rests on an already existing network, explains an article on La Croix. That continues: «The greatest part of farmers has already a mobile phone. It’s easy to reach them», explains Alloysius Attah.
«The two partners had to face many obstacles», explains La Croix. «Lack of personal experience in the development of the projects, difficulty in creating partnerships with the operators to obtain lower prices… », explains Alloysius Attah. But, concludes the website of the French newspaper: «Other challenges wait for them. Alloysius Attah is afraid of frequent interruptions of electricity and possible saturations of the network. Moreover, he admits, operators can raise their fares. But optimism prevails: Farmerline was awarded in June the international prize Roi Baudouin for development, that “rewards exceptional contributions to development work in Africa”».