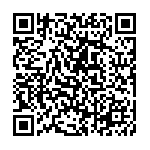 In 2015, Europe provided €68 billion in development aid, which is over 50 % of all global aid efforts, with the main aim of eradicating poverty. EU imports from developing countries are worth €860 billion a year. Better EU aid coordination could free €800 million in additional development funding.

Together the European Union and its Member States provide over 50 % of all global development aid, making them the world’s largest donors of official development assistance (ODA). In 2015, the EU’s collective ODA amounted to €68 billion.
As one of the oldest external activities of the European Communities, development policy was originally focused on former colonies of Member States; but it now covers some 160 countries around the world – whilst also putting strong emphasis on support to the poorest countries. Today’s EU development policy is guided by the 17 Sustainable Development Goals agreed at United Nations (UN) level in 2015.

The SDG agenda aims at economic, societal and environmental transformation, building on the successes of the United Nations Millennium Development Goals (MDGs), a series of time-bound targets for 2000-2015, for instance the eradication of extreme poverty and hunger. The EU played a major role in setting up the SDGs, notably by advocating the inclusion of EU values such as human rights, democracy, rule of law and social justice. On the implementation of the SDG agenda, the European Parliament demands that EU funding mechanisms and budget lines must reflect the EU’s SDG agenda commitments.
It also calls on the European Commission to propose a sustainable development strategy that encompasses other policy areas which have a bearing on sustainable development, for example foreign affairs and environment.

Some key contributions of the EU and its Member States for financing global sustainable development by 2020 include:2

€14 billion is to be spent by the EU on human development and social inclusion, with almost half allocated to improving health provision, and a quarter to the development of strong education systems.

The EU will invest €8.8 billion in sustainable agriculture and food security, of which €3.5 billion is earmarked to help developing countries lift 7 million children out of malnutrition before 2025.

At least €14 billion of EU public grants will support activities in the area of environment and climate protection in developing countries. €1 billion is planned to support biodiversity and ecosystems, including wildlife conservation.

The energy sector will be endowed with €3.5 billion by the EU, leading to leverage of around €30 billion in energy investment; this will contribute to freeing 500 million people from energy poverty by 2030.

The EU is the world's largest aid provider in terms of trade, and the world's most open market. It imports goods valued at €860 billion annually from developing countries, which helps their economies. Offering generous tariff reductions to developing countries, the EU's trade policy is based on the Generalised Scheme of Preferences (GSP) and the more far reaching GSP+, with an overall monetary value of €6 billion annually. The conditions put on developing countries for obtaining these tariff reductions are to ratify and implement core international conventions related to human and labour rights, environment and good governance. Least-developed countries are given duty-free and quota-free access to the EU market for all their products, with the exception of arms and ammunition.

Moreover, the EU will seek further partnership with the private sector, and help developing countries mobilise more domestic resources. It plans to leverage more development funding through 'blending', a financing instrument that combines EU grants with loans or equity from public and private financers. EU investments of up to €8 billion should thus generate five times as much (over €40 billion) from public finance institutions. This, in turn, should help to mobilise over €100 billion in investment by 2020. Pioneering this approach is the new EU External Investment Plan, where €3.35 billion from the EU and the European Development Fund should trigger €44 billion in total from public and private sources. In addition, the EU will invest €42 million in a flagship Domestic Resource Mobilisation (DRM) programme to boost developing countries’ generation of own revenue, and to help them tackle tax evasion, tax avoidance and illicit financial flows.

7% of EU budget for the developing world

Development cooperation is a 'shared competence' between the EU and its Member States. In 2014, around €9.9 billion of the €59 billion in collective EU ODA came directly from the EU general budget, representing around 7% of the EU budget.

The Multiannual Financial Framework (MMF), which determines the EU’s maximum annual amounts to spend in different policy fields from 2014 to 2020, includes several financing instruments for development policy. The most relevant for developing countries are shown in the table below. These instruments reflect the EU’s Agenda for Change, adopted in 2011 as the EU’s basis for development

policy. The agenda’s central aim is to increase the impact and effectiveness of development cooperation. Thus, the EU redirected its resources to where they are most needed and where they can have the greatest impact on human rights, democracy, good governance, sustainable growth for development, and in particular, reducing poverty. Another important strategic document containing principles of EU development policy, the European Consensus on Development from 2005, will be revised to incorporate the SDGs.

Besides supporting projects, the European Commission is aiming to use budget support more and more. This means channeling funds directly into the treasury of the recipient country in order to achieve mutually agreed goals. Currently, one quarter of EU development aid is disbursed in this manner.

Outside the EU’s budget, the European Development Fund (EDF), established in 1957, is the EU's largest geographic development cooperation instrument. The present, 11th EDF covering the period 2014 to 2020 has a financial volume of €30.5 billion, and started operating in March 2015 after ratification by all EU Member States. Projects financed through the EDF are similar to DCI projects but partner countries include only African, Caribbean and Pacific (ACP) states and EU overseas countries and territories. Most of the EDF’s resources are managed by the European Commission. The European Parliament has a more limited role in the functioning of the EDF and has repeatedly demanded its inclusion in the EU budget.

The EU’s most comprehensive framework for development, political, economic and trade cooperation with 79 ACP countries is the Cotonou Agreement, concluded for the period from 2000 to 2020. Building on generations of cooperation agreements between the EU and the ACP states dating back to 1964, the agreement’s main priority is to eradicate poverty, contribute to sustainable development and integrate the ACP countries into the world economy. Revised in 2010, the agreement has been adapted to new challenges such as climate change, food security, and state fragility, and puts high emphasis on aid effectiveness. For the period after its expiry in 2020, the EP would like to retain an umbrella agreement for ACP countries setting high governance, human rights and sustainable development standards for the future regional trade agreements, to replace Cotonou.