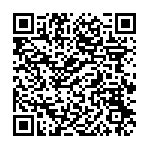 Tutored is the leading tutoring platform in Italy for university students. Founded in 2014, it is rapidly growing at international level and counts 600,000 monthly active students. With offices in Italy, the UK and Germany, it plans to expand in the US, Canada, and India.

“The idea was born from our own need to solve the problems of the world of university”, says Gabriele Giugliano, CEO and one of the co-founders of Tutored, together with Martina Mattone and Nicolò Bardi.
"From that idea, nearly born by chance, a very practical project came into existence”, he continues.

A fast growing project
The platform hits 600,000 monthly active students. Founded in Rome in 2014, Tutored is now present in three European countries: besides Italy, it also has offices in the UK and in Germany.

In Italy the project was incubated by LUISS ENLABS, while in London it became part of Tech Hub, one of the main UK accelerators of enterprises, with offices all over the world.

In only 8 months from the launch of the platform, Tutored has raised 860 thousand euros, thanks to fundraising.

Future projects
The start up is going to expand in India, Canada, and the US, thanks to an international team of 20 young students, who are able to identify study methods and habits of students from different countries around the world.

How does Tutored work in practice?
Tutored is both a web platform and an app.

The tutoring service, that works via web, “has a big added value: every student has the chance to choose as tutor another student, who has passed the same exam with the same professor, in order to get prepared on the same programme", says Giugliano. Through the app, which has been operational as of the end of April 2016, students receive job and internship offers based on their studies, as well as information regarding universities around the world, the Erasmus project, and events and experiences to share with friends.

Tutored’s vision
“We have a clear and disruptive vision: to create a new online student hub of all university students around the world", say the members of Tutored team.