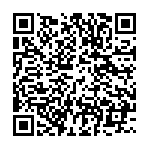 The Social Finance global network has launched its first white paper on the state of the Social Impact Bond market.

Social Finance is a global network of not-for-profit organizations that partner with governments, the social sector, and impact investors to find better ways of tackling social problems and improving the lives of people in need. The network has launched on 5 July its first white paper on the state of the Social Impact Bond market. The report details the results of 22 Social Impact Bonds, the global growth of the model, challenges faced, and thoughts on developments and trends for the future.

The Social Impact Bond (or Pay for Success projects as they are known in the US) was developed to address systemic issues that led to poor and ineffective services for the most vulnerable and marginalized communities. Through social impact bonds, private investors pay for government-run social programs, with the potential to get a return on their investment from the savings they those programs help create. Simply put, the money is repaid (or not) based on the “success,” or results, of the program.

“The roots of most social problems are structural, from economic forces and market failures, to political systems, to sociocultural factors. Governments are cutting back, but need is greater than ever. We believe that social impact bonds have real potential to improve how governments worldwide deliver social services”, says the authors from Social Finance UK and its sister organisations Social Finance US and Social Finance Israel.

Even though 2015 was a slow year for the SIBs community, this year there seems to be a renewed interest in this financial tool. South Africa and France have announced they will join the growing number of countries adopting Social Impact Bonds in 2016. Within those countries that have already launched Social Impact Bonds, the model is expected to spread to new states, counties, and cities. But in certain European countries, developers encountered resistance, finding the sentiment that the type of social issues targeted should be the domain of the state. However, as the authors argue, it is widely acknowledged that Social Impact Bonds are not a suitable model for all social provision. “They do not and are not intended to replace public services. And they are not a free ride for government. Governments need to pay for success where clear and measurable outcomes are delivered”.

Out of the total 60 social impact bonds that have been launched in 15 countries, raising more than $200m in investment to address social challenges, 22 projects have posted results, 21 of which have reported positive outcomes for beneficiaries. Twelve have made some repayments and four have repaid investors in full with a return on their investment.

According the report, the one project who failed was in the USA. The first US Social Impact Bond, aimed at reducing the rate at which juvenile offenders go back to jail after release from Riker’s Island, failed to meet the 10 percent recidivism-reduction targets needed to repay investors. “But, even in this example, the project has created a new type of partnership between government, the social sector, and the investors”.

Still, social finance demands data, rigour, and a close tracking of outcomes so that governments can accurately measure performance. But how do we really determine the value of a positive social outcome, such as increased high school graduation or reduced social isolation among the elderly? “Lives, particularly those of the most vulnerable, are incredibly complex. It’s no surprise, then, that measuring the impact of social programme is a tricky business”, says the authors. However, some experts argue that in most cases there were marginal or no increases in outcomes. Nor did SIBs clearly show the government saved money.

“Social Impact Bond is still a tool in its nascent stages”, the report concludes. It is clear that the most challenge for these markets is to demonstrate, but not overstate, the value in bringing socially motivated private capital to support public sector investment in tackling social issues”.

Alongside the paper, Social Finance is also launching its live global database of Social Impact Bonds. The database can be sorted by country, issue area, investor, payor and service provider, providing a comprehensive overview of Social Impact Bonds launched to date and a snapshot of the many in development.