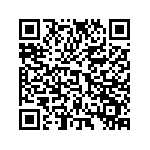 With US $1 trillion being lost from developing countries every day to tax evasion, money laundering and corruption. After the #PanamaPapers revelations, Oxfam are launching a campaign called Even It Up, where they call for an end to the era of tax havens and extreme inequality.

After the #PanamaPapers leaks, the world has woken up to the scandal of tax havens. The revelations from the papers showed how the super-rich and multinationals are actively avoiding paying their fair share of tax, while ordinary people are footing the bill for government spending.

In their new campaign called Even it Up, Oxfam are calling out the "tax havens that are at the centre of this scandal, and are fuelling staggering inequality". For example, on the British Virgin Islands, there are 830,000 companies registered for only 27,000 people.

"We live in a world now where just 62 billionaires have the same wealth as the poorest half of the planet combined - that's 3.5 billion people. Poor countries lose at least $170 billion every year, because rich individuals and multinational companies hide vast amounts of money in tax havens. This is lost tax revenue that’s desperately needed for vital public services like healthcare and education."

For those outraged by the #PanamaPapers leak, Oxfam are issuing a call to action demanding change through the signing of the Even It Up petition.

"Governments have the tools to end the era of tax havens and create a tax system that works for the many, not just an elite few."