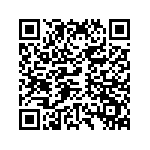 Nannying? Cleaning? Not so much anymore. Those sitting behind the board room desks signing the cheques are increasingly women.

A new study from the European Women on Boards shows that the presence of women on the Boards of the 600 largest European-listed companies has increased from an average of 13.9% to 25% in five years.

“This is positive progress which will ultimately lead to increased innovation and competitiveness in the European economy and contribute to realize its potential of smart, sustainable and inclusive growth” says Marie-Ange Andrieux, Co-Chairwoman of EWoB and co-leader of the study, entitled "Gender Diversity on European Boards"

While the findings of the report are heartening and show clear signs of progress for women in business, there are clear differences in the rankings across countries.

Much more needs to be done in order to widen and deepen the role of women in corporate leadership....when they do get to the top, women are paid less – often reflecting the smaller size of their enterprises in comparison with their male counterparts.

Sweden tops the table in terms of board gender diversity, followed by Norway, Belgium, Finland and France, where women make up over 30% of board members.

Whilst progress of any sort should be encouraged, it is clear still that 30% for 50% of the population is still not enough.

The gender pay gap still stands at 16.3% in EU countries, and for the majority of women, the board tables still sit on a glass ceiling above them.

“There is much more to be done before we can declare that men and women are operating on a level playing field in respect of leadership positions in the European corporate sector” says Dr Roger Barker, EWoB Director and co-leader of the report.