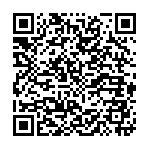 A 2016 study conducted by the World Trade Institute suggests that a comprehensive TTIP agreement will lead to a permanent increase in GDP levels for 27 Member States ranging from 0.3 to 1.6%. While regulatory cooperation can facilitate trade through lower transaction costs, which in terms of social impact may again result in income gains, income redistribution and labor reallocation

While the EU and US has just closed 12th round of talks on the Transatlantic Trade and Investment Partnership (TTIP) with the plan to finalise TTIP by the end of the year, a 2016 study conducted by the World Trade Institute shed more light on the likely impact of a future TTIP agreement on the EU’s 28 Member States. From the beginning in 2014, TTIP has generated huge controversy in the US and the EU. Among the reasons for this, there has been the fact that negotiations have been carried out in secret and because many believe that the agreement will override national laws.

The report, called, TTIP and the EU Member States, was conducted by the World Trade Institute (WTI) of the University of Bern and commissioned by the American Chamber of Commerce to the European Union (AmChamEU). “It aim is to contribute to a positive TTIP debate by helping both policymakers and stakeholders to develop an informed opinion”, said WTI Managing Director Joseph Francois.
The study explores the economic relationship between individual EU Member States and the US with the main conclusion that TTIP could bring a wide array of benefits to EU member countries, including greater exports, higher GDP, and wage increases. In particular, the agreement will be beneficial for small enterprises, SMEs, who make up 99 percent of businesses in the EU and are less able than multinationals to overcome the many regulatory barriers to trade with the US.

Yet, the study also listed the benefits each member of the EU could enjoy if a comprehensive trade deal between the US and EU could be reached. It seems clear that the Member State economies that get the most from TTIP agreement are those that are most integrated economically with the US. This is, so it is argued, likely to lead to uneven distribution of economic gain in different sectors and in different Member States. For example, Austria, which has a strong economic relationship with the US, gains relatively more in terms of export and production increases, while Lithuania gains most from a reduction in consumer prices, and Belgium benefits from a combination of export and production increases, and reduced consumer prices.
The report also revealed positive changes in income levels from TTIP are also encouraging for several EU countries that have been recently affected by the financial crisis in Europe, including Italy, (+0,5). Malta is the only EU country forecasted to see a contraction in GDP, of approximately 0.3 percent once TTIP is fully implemented. This is why Malta is situated along the Chinese-Western European trade route and trades more with China and Canada than it does with the US.
However, standards are the most important point. “The main economic effects in TTIP are expected mainly because of the effect of reducing unnecessary overlaps in regulation and aligning certification and conformity assessment procedures”, the report states.

In addition, the study provides an analysis for some of the issues and concerns that have been manifested in the public debate. The key social issue of TTIP relates not to tariff removal, but to non-tariff measures, and in particular regulatory cooperation. “It is commonly thought that the harmonisation of norms and standards in TTIP will lead to a reduction in social (or any other kind of) protection in one country and a rise in the other”. Examples here include personal data protection differences, worker protection, consumer protection in financial markets, and renewable energy regulations. Although, according to the research, TTIP is not expected to lead to a lowering of workers’ rights or levels of protection through the regulatory cooperation pillar. The reason given is that regulatory cooperation will be focused on measures that affect goods and services traded between the EU and US. "TTIP is not to focus on issues that EU Member States and the EU choose – and have the full democratic right, to regulate domestically (e.g. workers’ rights, unemployment benefits, unemployment protection). These issues will remain the exclusive domain of the respective legal and institutional domestic frameworks of the EU (its Member States) and the US".

To conclude, it is expected that in the majority TTIP is likely to have a positive social impact. “Trade liberalisation in the long run will result in higher wages for both skilled and unskilled workers and higher productivity for the labour force. In our view, labour and employee rights will not decline, assuming that TTIP focuses on measures impacting cross-border transactions”.