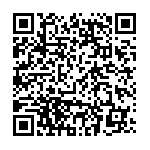 The new EU-US Agreement which would facilitate transfer of data across the Atlantic, is likely to fail to achieve their intended goals, says EDRi, an association of civil and human rights organisations from across Europe that defends rights and freedoms in the digital environment.

Following the decision of the European Court of Justice to overturn the EU/US “Safe Harbor” Agreement last year, EU/US negotiations have been ongoing to reach a new deal, which would facilitate transfer of data across the Atlantic. Having failed to reach an agreement before 1 February, the European Commission (on monday) announced plans to back down from defending the European Court’s ruling and to accept a new badly flawed arrangement.
Among the proposals are an "exchange of letters" to permit Europe to receive assurances from the outgoing US President that non-US data will be processed in ways that are strictly necessary and proportionate - i.e. not subject to mass surveillance.

The emperor is trying on a new set of clothes. Today’s announcement means that European citizens and businesses on both sides of the Atlantic face an extended period of uncertainty while waiting for this new stop-gap solution to fail

The new arrangement will rely on additional legal instruments, which are also likely to fail to achieve their intended goals. At a meeting in the European Parliament monday night, Commissioner Jourová was asked repeatedly for her views on flaws in the crucial Judicial Redress Act and the EU/US Umbrella Agreement. She refused to address either problem.

The lack of seriousness of this proposal by the European Commission is astonishing. In order for any new deal to work, the US needs to implement the necessary reforms that have been long advocated by civil rights organisations, data protection authorities and the Court of Justice of the European Union instead of leaving fundamental rights being protected by "letters". Parliamentarians from across the political spectrum monday night repeatedly accused the United States of not taking the negotiations seriously. Seeing fatal problems being built into the Judicial Redress Act, seeing the adoption of the secret data-sharing provisions in the Cybersecurity Act and seeing the lack of any meaningful reforms on the US side, it is hard to disagree.

Why is Safe Harbour II such a challenge?

Access Now, EDRi on data protection: “No Safe Harbour 2.0 without reform on both sides of the Atlantic”