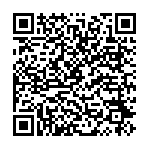 Despite the diplomatic euphoria, most civil society organizations do not hide their skepticism towards the agreement reached in Paris. In this interview to Vita International, Olivier De Schutter, co-chair of the the former UN Special Rapporteur on the right to food and co-chair of the International Panel of Experts on sustainable food systems, explains why.

A joint Caritas International and CIDSE delegation which was present throughout the fortnight-long talks welcomed the agreement, underlining that “there is still a lot do”, especially regarding the climate finance adaptation and the protection of human rights. What are your views on this agreement?

First of all, we should celebrate that an agreement has been reached. Multilateralism in a complex world like ours is harder and harder to achieve, and the agreement is a success for French diplomacy and the United Nations. What is clear however is that despite it being an agreement that has some very praiseworthy intentions, as it proclaims a will to stay well within the limit of a temperature rise of 2 degrees Celsius compared to pre-industrial levels whilst still aiming for an increase of 1.5 degrees, these intentions do not correspond to the reality of the commitments that the signatory states have in their national action plan and intend to put into place.

At the present pace at which the nations are going to render these commitments effective, they are not going to be able to respect the limit of 2 degrees. They will be far higher. By 2030 global carbon emissions will be at 55 gigatons. However, to stay within the limits set out at COP21, they would have to be at 40 gigatons. Therefore we still have a lot of efforts to make with regards to this. Unfortunately, the agreements reached will not suffice to achieve the targets set in place.

One of the objectives of the French presidency was the adoption of a legally binding document. But this question causes a lot of debate amongst legal experts. In your opinion is the agreement in Paris constraining, or not?

The Paris agreement is an international treaty that needs to be ratified by the signatory states, and therefore it is a legally binding agreement. However each state taking part in the Paris agreement needs to decide for itself what commitments it is going to make. These engagements, which will include a monitoring and follow-up every 5 years, are voluntary. They decide for themselves the pace at which they are going to render the measures effective.

The problem for the US is that the Federal Congress, who ratify all the agreements signed by the US government, is extremely reluctant to commit to the fight against global warming. The U.S Congress is dominated by the Republican Party, which has climate skeptics in its ranks, and President Obama has taken a risk in accepting the Paris agreement as an international treaty that requires ratification. The calculation taken by Barack Obama is to convince the parliamentarians to give their consensus to this agreement precisely because the level of engagement each nation is going to take with the agreement are to be defined by themselves individually.

Civil society has to play a role. Populations are expecting governments to act decisively against climate change, and it is up to civil society to advocate and hold governments accountable when they do not comply.

The 29 articles of the agreement do not establish a Compliance Committee nor a sanctioning mechanism, which instead the Kyoto protocol foresaw in the previous climate agreement that was adopted in 1997. What are the risks that this agreement will not come into effect?

International law is respected by the states not only in the case of economic sanctions, but also because the states are concerned with their international reputations. The states that engage with the Paris agreement are going to respect the agreement until the other states hold up their own commitments. This game of reciprocity and mutual engagement gives the possibility to each state to reproach another state who isn’t respecting the commitments. There are a lot of international treaties that don’t foresee economic sanctions, or mechanisms of countermeasures that pressure states, but it is enough for the states to maintain their reputation and respect their commitments towards the Paris Agreement. Civil society has to play a role. Populations are expecting governments to act decisively against climate change, and it is up to civil society to lobby and hold governments accountable when they do not comply.

Do you think that the requests made by civil society before and during COP21 were fullfilled by the participating states?

CSOs and NGOs called on COP21 to adopt a legally binding agreement, and despite all obstacles that I mentioned, this request was more or less fulfilled. A lot of organisations also wanted the limit of 1.5 degrees, and the Paris agreement state that countries will try to achieve this objective, even though it isn’t exactly what the NGOs were lobbying for. For climate justice, NGOs insisted that developing countries were supported in adaptation to climate change. The funds announced in the Paris agreement also fulfills this request. So I think the agreement is fairly well balanced, and demonstrates the will of the international community to move forward in the fight against climate change. The impressive progress that we have made since the Kyoto Protocol of 1997 is that 195 states have reached an agreement, and developing countries have been involved in fighting climate change. What used to be a worry was that it was only the Western countries who were fighting greenhouse emissions, whilst the South was developing without any constraints on its greenhouse gas emissions. Now this is behind us and we have a world that recognizes its own interdependence.

How do you perceive the role played by the G77 and the African countries? Does the agreement allow Africa to be more protected from the effects of climate change in the future?

I regret to say that unfortunately not, no. The commitments made are insufficient to protect the most vulnerable peoples and regions, be it with regards to rising ocean levels, the salinisation of fresh waters, increased flooding, or rising temperatures that are going to destroy agricultural production very quickly, as is the case in tropical regions.

What the Paris agreement allows us to hope is that these agreements are going to be progressively reinforced, and that states are going to commit further to fighting greenhouse gas emissions, and so the conditions of the most vulnerable are going to get better. However, for now, we can’t say that these populations are safe from danger.

I hope that we are going to progressively become aware that democracy and public participation in government is a necessary condition for the commitments to be upheld, and not put aside and sacrificed for more urgent matters.

This year has been marked by three major events. The conference on the financing for development, the adoption of the Sustainable Development Goals in New York in September, and finally COP21. You’re known for your commitment to right to food, land, water, and so human rights. Do you think world leaders have put human rights at the forefront in these conferences? Do you think human rights have been reinforced?

It’s always difficult to bring a judgement on such complex matters. What is missing in these different processes are the possibilities for civil society, non governmental organisations and the victims to render their governments accountable. What we omitted in the Millennial Development Goals in 2000 was to allow civil society’s voice to be heard, and to make governments accountable to the public. Unfortunately, we haven’t learnt from this failure. Today we are left with some ambitions, promises and proclamations from the governments, but we still don’t have binding mechanisms that allow the victims of bad governance, climate change and bad development to call upon their governments to respect their commitments. I think that human rights haven’t been considered enough. In the first drafts of the 17 point plan of the Sustainable Development Goals, references to rights to water and food were far more explicit and present, but in the final document they are missing. I hope that we are going to progressively become aware that democracy and public participation in government is a necessary condition for the commitments to be upheld, and not put aside and sacrificed for more urgent matters.