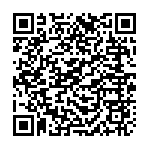 As the 196 countries have entered the final stretch of the Paris climate talks today, the EU received the fossil of the day award from Climate Action Network. The award seeks to encourage EU leaders to walk the talk and push for the strongest climate agreement possible.

Despite its claimed leadership and while being the driving force behind the “high ambition coalition”, the EU opposed a call for full decarbonisation to be included in the Paris agreement during the negotiations yesterday. Moreover, the EU joined the Umbrella Group in blocking language on the need to increase emission reductions before 2020, as part of Work Stream 2 of the negotiations.

“Lack of real leadership from the EU does not help us to get a meaningful agreement. The EU contradicts itself by putting up statements on the need for high ambition and at the same time opposing text on full decarbonisation and more emission reductions before 2020. If EU leaders want an ambitious Paris agreement, which will speed up the ongoing transition towards renewable energy, they need to advocate for additional emission cuts before and after 2020, in the context of a phase out of all emissions”.

Climate Action Network (CAN) Europe is Europe's largest coalition working on climate and energy issues. With over 120 member organisations in more than 30 European countries - representing over 44 million citizens - CAN Europe works to prevent dangerous climate change and promote sustainable climate and energy policy in Europe.