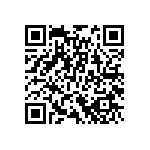 We call for secularism, but pray on Facebook. We would react, but we produce only hashtags. Meanwhile, there are those who push for the only solution given as possible: war. But against whom and for whom? Those who profit from global chaos are waiting for nothing else.

The fall of the Soviet Union and the end of the balance of power has marked, among other things, the disappearance of the classical notion of war. In the “wide field” of battle there now exist permanent local conflicts that have achieved a primary goal: to sow panic in the big cities.

Panic lives in the cities

For whoever had had some doubts with respect to reading this article, had to wait twenty-five years and witness the events in Paris last Friday to awaken from their torpor. As noted by Pope Francis, this is just a fragment of a global-total war, asymmetric and impure, which is conducted with the algorithms of finance, and the political use of migration and geopolitical terror.

The attentive critic Paul Virilio explains that “in the hyperconcentration of megacities there is not only the hyper-mass” but also a panicked and paranoid crime that “brings the human species to the death dance of their origins, and the city returns to being a citadel. Put another way: a target for all the terrors, domestic or strategic”. The stalker and the terrorist are two sides of the same coin.

We live in cities built in terror, and we cannot run away. Today, 4 out of 10 Europeans live in a city, which as a percentage is 40.2 % of the European population, but in the UK this percentage rises to 58%. Hitting the town does not mean hitting the heart a state, or an idea of ​​community, or an idea of ​​freedom, secularism, bla bla bla. Hitting a city means triggering a panic device which is structurally designed to explode here and now. What changes in this here and now is about quantitative information and proximity: how many victims? How close to us? How much empathy does it arouse?

From empathy to indifference
At the borders of Europe, things don’t change, but empathy degrades into indifference. We saw it in Beirut, November 12, a few hours before the tragedy of Paris, when a bomb killed 50 people and injured more than 200 in the Shiite neighborhood of the city: the worst Sunni attack since the civil war that tore the country with “some” French interference, even then.

Someone spoke of - not inappropriately, referring to what stirs movements, states, institutions and factions of the Islamic world - of fitna. Fitna is the sedition that the Koran defines even more fearsome than massacre, because it undermines the foundations of the community (umma). And it is interesting - highlighted by analysts - that the attacks in Paris were preceded by a few hours by the cancellation of the scheduled arrival in Paris and Rome, the President of the Islamic Republic of Iran Hassan Rouhani. In the Islamic world that “we” read as unitary and free from conflict has been stirred for some time by the specter of total civil war. We should take this into account.

We can no longer think of a pure war, simply because the concept of war has changed in nature. There are no more ‘pure wars’, but a total and ‘impure’ war, born from the different needs and the different structure of armed deterrence. This deterrence no longer targeting only the military: instead I would say that it is aimed primarily at civilians. Coming into this paradigm shift in the nature of deterrence are phenomena that were inconceivable only twenty or twenty-five years ago, such as the Patriot Act or the prisons of Guantanamo.

The notion of “classic great war”, which, according to the dictates of the Prussian General von Clausewitz, is nothing more than "the continuation of politics by other means “no longer exists: it has dissolved. And this dissolution has led our world directly into the arms of terror and terrorist imbalance . But terrorism is only part of a global asymmetrical war that is being conducted day after day, always by other means.

Among these means, there are reactions, which are an essential part in the production of terror. So, it should be reiterated that the events of September 11, 2001 have determined the framework within which all policy proposals of the center - left in Europe gradually withered. Within this framework are enshrined the unquestionable hinges of some of the international order, who have become the true God of whom you cannot blaspheme the name.

Within this frame, which does not conflict in any way, but rather confirms the logic of impure war, what is passing and growing stronger at this very hour, hour after hour, through politicians, showmen, journalists and showgirls - infantry and corporals of a circular conflict duct with many, much too many means - is the idea that war is the only way to defend ourselves.

Faced with such complex and interconnected international scenarios, do we really believe this is the answer to give?

Only a century ago, in the space of a few weeks, one of the most democratic and civil nations was whipped into a frenzy by press propaganda, and in no time the public peace of Europe gave way to a global disaster of which we are still now paying the consequences. Chaos creates chaos , if reason does not get in the way.

We do not have the "who ", but only the "what " and "how ". Yet , the "who " becomes our obsession. We speak of Isis, but do not know much, except that it is an amazing machine of ex post claims, to which, incredibly, European journalists give extraordinary credit.

Isis’ media operation is very sophisticated , of course. It uses a communication that refers to multiple targets simultaneously , sending a different message to different audiences. It manages to get more funding, to recruit young people, to frighten enemies, sowing panic in Europe. They aim to multiply their influence through the phenomena of media coverage .

Isis is able to do a number of things that, on balance, always lead to the same starting point: the ideological framework of the war of civilizations. The joysticks point to this. They point to total and permanent mobilization.

And us? We produce thought, vital mobilization, positivity, and reaction, or are we stuck on hasthags, secular prayers and flags on facebook?

We are speculating on the " who" and are losing from our sights the fact that, actually, it is an impure global war that must be assessed and countered before anything else. The "who", if anything, concerns our governments, administered by increasingly tragic or grotesque figures. We have them in plain sight: the responsibilities of Hollande, Erdogan, Sarkozy, Tony Blair, and so on, and yet... And yet we absolve them.

The terrorist is interchangeable, replaceable - whether he is from Belgium or Benin, it does not matter - within a logic that doing so will continue to elude us.